The BuzzBee Ultimate Missile Blast, or as I like to call it, Big Blast 2: Judgement Day. and like its bigger tanked father its just as easy to mod for those sexy big ranges.

Start out by removing the excessive amount of screws. You don't have to worry about hidden screws and glue. It comes apart easy.

If I may just go on a tangent here. you may think that is a mega missile tank, but...

As you can see a good bit bigger.

Ok, back on track. Take out the tank and pump assembly. then cut the barrel back just under half the length of a 15mm PVC coupler.

wrap electrical tape around the stub so that the Coupler fits on air tight.

Then jam the coupler on and add some epoxy to make it permanent. make sure you leave this much of a gap behind the coupler so it fits into the shell again.

Reassemble the gun, but before putting the shell back together, add some lube to the part where the wire rubs against the shell. that will get rid of the hideous squeak.

And there you have it. Add a foot long barrel and let fly the foam of nerf war.

sorry for being a noob, but is this a newer gun from buzzbee. 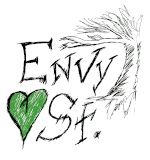 This makes me happy I didn't rush out and buy a Mega Missile. How much and where did you get it from?
littlebro05

Technically speaking from the pictures from comparing. The air chamber is roughly the same as the mega missile. Sure the diametre is bigger but you forget that the megamissile has that extra 'air reservoir'. I know since phuonguyen has gutted it.
The Cheshire Ranger

going to buy one when they get here now.

So what barrel can fit on that?
neumein

Well, being a coupler, you could use damn well anything you please.
bulletproofvest

What sized brass would you recommend for stock streamlines?
neumein

A quick and easy search would have revealed all you need to know. I shall accommodate you this once.

I recently did this mod and it's not getting the immense ranges it should be. Probably about 20-25m tops, I'm using a 9/16 brass barrel and shooting 00 split shot weighted darts with it, they have a loose-ish fit in there. HOWEVER when I use snap-cap darts, they only just fit in there but go around 35m. Would a 17/32 barrel be the way to go for non-snapcap darts?
inf0rm3r

With any air gun.

You should be using either 9/16 or PETG as a barrel. Especially with blue foam as it gives that perfect fit. For airguns you need a not tight fit as the air released throughout the barrel, where with springer you need more force behind the dart.

With the perfect fitting barrel and darts your range increase immensely.
gooni

Hey guys (Sorry but I have never singled a gun before)

To put a barrel into my coupler that is on the end of my BBUMB, would I put tape around it and just jam it in?

Ps, I do not want it to be permanent (I want to be able to remove it)

Got it done, don't worry.

Bacara wrote:I recently did this mod and it's not getting the immense ranges it should be. Probably about 20-25m tops, I'm using a 9/16 brass barrel and shooting 00 split shot weighted darts with it, they have a loose-ish fit in there. HOWEVER when I use snap-cap darts, they only just fit in there but go around 35m. Would a 17/32 barrel be the way to go for non-snapcap darts?

I can only guess.. but make sure the bullet is placed as close to the bottom of the barrel as possible. I tried whistlers on this, got about 17-22m. When I chucked stock streamlines by using a detachable barrel, I was getting 22-26m despite all the erratic moving and all.

And pump more? lol I dunno

Just because I haven't couplered mine, I have a 17/32 brass barrel placed over the stock barrel (orange bit sawn off)and then a 30cm PETG connected with the brass. Using a ramrod the "butt" of my blue foam just fits into the 17/32.