In wars where there is NO dart hire, I can imagine people raging about lost darts.
So just relpy to this posting what you use to mark your dart, and so if anyone wants to eventually mark their dart, they can refer to this thread and make sure they dont mark them the same way.

I will "Edit" this thread to compile the markings of people who post.

Who: Small black circle on tip

Phantom Sambo: Four black lines in a cross motion at base of dart
Miles: MS
Gooni: ||| / |X| ("|||" being phased out)
Splosionman: Tip coloured gold (with texta)
Bulletproofvest: Back of dart coloured black
Chaos-Blades: Lowercase "t" on bottom-side / heavies have hole in back surrounded by a black circle / clear or cloudy hot-glue

Not that anyone will find any of my darts but i mark mine with a DG.
PhantomSambo

I just mark the bottom of my darts with 4 black lines, in a cross motion.
Brunius

I'm gonna spraypaint mine. So there. Model spraypaint, for those interested, because normal spraypaint will melt the foam.
Dgenx101

Brunius wrote:I'm gonna spraypaint mine. So there. Model spraypaint, for those interested, because normal spraypaint will melt the foam.

I dont think thats gono work. when the darts bend the paint will chip off. I have tried that before
Brunius

Brunius wrote:I'm gonna spraypaint mine. So there. Model spraypaint, for those interested, because normal spraypaint will melt the foam.

I dont think thats gono work. when the darts bend the paint will chip off. I have tried that before

I mark my darts with "MS" on the side. MileS
gooni

I colour the tip gold (lol) with a texter.
matt.chopper

'M.C' on my darts. Nice idea suction cup keep it up
who 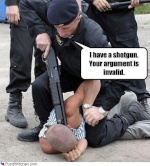 I'll colour the back of mine black. So any darts you find with a black circle are mine
Merry Christmas.
Chaos-Blades

I put a lowercase t on the bottom-side

I use clear or cloudy hot glue
Cerbyn 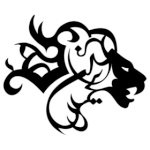 I write CERB on mine. I need to use a thicker sharpie though, last time it almost rubbed off most of them
Johnnus

I mark a ring around the end of the dart (single black ring), with the exception fo black whistler darts (obviously).
Then again, this probably won't be relevant until I participate in a nerf war.
ie something like this:

If that's not clear, I'll just take a pic

Oh, and for my Buzz Bee darts, there will just be a darkish CP near the base of the dart.
bulletproofvest

Sorry man, But can you also add that i only use stock darts because i saw that Chaos blades has the same design as mine on his Heavies.

This is a really good thread, Keep up the good work I like your ideas
Servulus

Servulus: My markings are on the dart body (or dart head for black stock darts) are: 'LR'


This is a great thread for me, as i collect all the darts at the end of the wars in Adelaide, and i always sort and bag them when i sort out all my own darts. Now i might know whose darts are whose.

If needed i could add to this list all the markings i come across (once i know who they are all from).

PhantomSambo wrote:I just mark the bottom of my darts with 4 black lines, in a cross motion.

I do this, but in blue marker instead of black.
Biggles

The backs of my darts are colored in red with a sharpie.

I had to change my design because someone will use it sooner or later..
Now it's the back colored in black and a single line on the side.

In Adelaide some of the markings being used are:

There many more these just some i getting very used to seeing. Some of the markings i will list will be from non members from this forum, these need to be added just to be sure they are not used by others.
SuperTastyfish 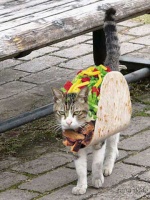 My marking is either a g on the body, or a g on the base, where the marker stays on better. On my streamlines, same with a g but modded ones have a coloured in tip of black.
TheBradl3s

Mine is || 2 lines on the body of the Stefan
KingCam

@SuctionCup Matt.Chopper is in Victoria not New South Wales too by the way.

Isn't Victoria in NSW? I dont do geography so I have no idea...

Spoiler:
But the Internet knows everything! Lets go check there! 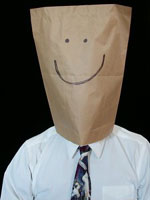 I use a Buzz Bee suction cup mould in the hot glue tip, and my stefans are at streamline length.

SuctionCup wrote:Isn't Victoria in NSW? I dont do geography so I have no idea...

SuctionCup wrote:Isn't Victoria in NSW? I dont do geography so I have no idea...

No it not have a look on google maps.
SuctionCup

Oh... He's in Victoria, and I listed Victoria. But I put him in NSW... geeze thats gotta effect my credibility.

Could you update mine saying that i ALSO have a black line on the side with the back colored black. thanks
Piesamus

I have perfect replicas of the Mona Lisa on the sides of all of my darts.

Nah, in all seriousness, I'll probably just have two "XX"s next to each other on each dart written in black marker.
Bacara

I have an 'N' on the tips of my darts in black or blue permanent marker.
thestick

I have a peace symbol on the back of my darts. I like the idea of shooting people with a "peace" dart in a game based on mock violence
whichgrep

I have a blue band around the dart, about a quarter of the way back from the tip.

Mine have got black permanent marker tips, and if it hasn't rubbed off by the time they get fired, a black line down the side.
FaytZero 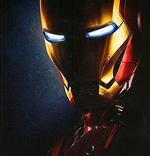