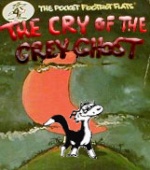 Hi guys my names greyghost ,
Only just recently got in to nerf guns but I have always been a bit of a weapons nut of sorts so i'm always tinkering away with some new idea or design .
Which is why i came to love nerf very quickly once i discovered how easy some of the mods are .

My self and a friend of mine (wez) have been trying to break the 100mtr barrier with distance in nerf guns
We was getting good range with a moded titan to single shot streamline
But in the end i found That converting a airzone hand cannon to fire stephens and streamlines was getting amazing results .

Wez also has a 1992 crossbow nerf gun (not an official nerf gun) that he's done alot of work to as well , we were able to get
my hand cannon to shoot constantly around 200ft .
Wez's crossbow reached just over 100mtrs on one of the shots ,we weren't able to get it to get that far a second time , must have been the perfect alignment of the stars for that one shot
The only mods i have done to the Hand cannon so far are , A/r removed obviously , a triple shot spring added to the hand cannon spring
so there 2 springs in there and a barrel added to it , funny enough the barrel is actually inner tube from carbon paper out of a old fax machine that just happens to be the perfect inner diameter for streamlines
wez's on the other had has been very heavily modified .

He removed the front "crossbow arms" that were purely decoration and replaced this part with a section cut out of the front of a recon front barrel add-on , (There were no a/r's because of its age)
he replaced the spring with an industrial one we found at a spring company ( this spring is insane) then replaced the barrel with 2 options ,
1. cardboard barrel
2. brass barrel
The brass barrel firers the darts close to 100mtrs , the cardboard goes about 80 metres .
The reason for the cardboard barrel is the hopes the blaster doesn't get bounced at wars , he's filled all the internals in the gun with foam to give the whole structure more inner support (stop the blaster exploding) cut the stock off it , custom paint job etc etc .

All in all a very deadly blaster , and the best part , its the same size as a nitefinder .
At the moment i'm trying to help with the organise of our perth based nerf groups
And thanks to Muhrlock we now know there is a lot of us in perth who enjoy the nerf .
So if any one wants to join our Wa nerf group on FB as well drop Muhrlock or me a msg
Or just do a search for West Australian Society of Nerf on FB
Any way so i'm looking to get in contact with more perth based nerfers and hopefully we can get some more epic wars organised .

edit ( hope I have correted all spelling mistakes)

Fix your spelling and grammar please, it's atrocious. Also learn to use paragraphs, it makes it easier to read.
Saintznerf

Not sure if that is the correct spelling for all the guns .
Psykka

Welcome to the forum.

If you're not sure about the spelling, then check it to make sure. I've already warned you about it and since you're not taking it seriously and expect us to guess what you're saying, have two weeks off.
Sponsored content