Ladies and Gentlemen, after two days of work, waiting, literal blood and sweat, the CS-MF is done. The LongStorm is a modular weapon, designed to take any number of nerf weapons, in fact, almost any with a top mounted tactical rail. This allows for not only varible firepower between games, but also the ability to put down the wrath of a higher power in mere seconds with a little effort and patience.

I shall now run through the construction of this fearsome weapon so that, if you so desire, and have the ability to make one, you to can put pure terror into your friends and foes alike.

The materials you will require.

1x LongShot.
1x LongShot Scope Attachment with Tac Clip in one piece.
1x Barricade. This is the recommended weapon for this intergration, but anything with a top mounted rail clip will do.
1x Container of Araldite or other epoxy substance.
1x Sharp cutting impliment.
1x Your wits
2x Steady hands and grip
1x Brain.
1 or more 5cmx2.5cm Metal pieces

WARNING: This modification requires a great deal of cutting and slicing, along with the use of very poisonous bonding materials, and is such, this modification is to not be taken lightly. SnowDragon, or any of his affilates take no responisiblity for injury and/or death occuring from this mod. Attempt at own risk

Now, onto the actual guide. I shall post pictures whereever I can.

Step One: That bi-pod's gotta go.
First step to any intergration. Make short work of that bipod and entire foregrip section under the barrel by cutting the living **REDACTED** out of it. Simple step, be careful when making the cuts. Once it's removed, sand it all down until it's smooth to the touch all over. Ensure you leave the gaps in the framework, as they are needed later. The bipod legs make excellent paperweights, if I do say so myself.

Step two is retriving of the tac rail clip that makes this modification what it is. It must be completely undamaged or the stability of the modification will be compromised. There are two orange end caps at each end of the longshot scope. Make two cuts on each of these in line with the mould lines of the rest of the scope. Once this is done, unscrew the screws to open the two halves and remove the rail clip. The scope now also makes an excellent paper weight

Step Three: Glue that SOB
Now we get to the fun part. Get out your Araldite/epoxy and get it mixed and ready. Face the rail clip forward along the gap in the Longshot frame, that is, the long extended bit with the tooth sticking out facing towards the end of the barrel. It will slot into the gap nicely with the two 'legs' of the clip sitting on either side. Make a guideline with a pen around the edges of the clip where it sits. The very backmost section of the rail clip must be no closer than three centimetres to the angled section of the Longshot, where the magwell sits. This is extremely cruical, as too close, and the Barricade (And anything else for that matter) Will not fit.

Once it's lined up, straight and measured, epoxy the small metal sheet or other hard flat thin object inbetween the large overhang with the tooth and the longshot itself, as far back as it will sit. Once this is done, epxoy the rest of the rail clip down. Once it's securely down, it's a waiting game.

In my case, 16 hours later when the Araldite was dry, it was almost good to go. One layer of Epoxy is not strong enough to withstand the weight and movement of both guns. You will need to place a second layer of epoxy over the first, securing it to the longshot. In my case, it was a case of Araldite combined with a second covering layer of epoxy putty that finished the job. Wait another 16 hours before attempting to put ANY kind of stress on this bond. With this patience, you ensure that nothing short of a **REDACTED** saw could break the bond you have created.

With the Clip set back so far for comfort issues, the only way to mount a Barricade is by using it's rear section of the tactical rail. You will notice, as you try to hook the Barricade to the clip, there are two prongs in the middle of this otherwise perfectly sized section. Cut those bastards out with a small knife, it'll be a quick job.

You are now the proud owner of a LongStorm CS-MF, a select few who weild these awesome weapons of great destructive power with itchy trigger fingers and witty one-liners. Welcome, Brothers and Sisters, to the end of your foes. Removing of the Barricade only requires a small, thin bladed object, like a knife or flathead screw driver. Slip it under one side of the clip and apply a little force to pull the clip side up and then pull the Barricade out with a small twist, it'll just pop right out.

Forgive me I only skimmed the write up as the pics are pretty explanatory. But can you actually still unscrew the longshot?

So what you're saying is that I can grab my longshot, and attach it to my longshot? Or is that just stupid...
SnowDragon

Brunius wrote:So what you're saying is that I can grab my longshot, and attach it to my longshot? Or is that just stupid...

Oh no, you could do that. Hell, you could attach a stampede as well... wouldn't that be something.
youngin'

You could integrate a maverick aswell.
SnowDragon

Ja, also another first choice for intergrations if a Barricade is not availible.

Assuming you get one that doesn't suck, that is.
TheTrueMcMuffin 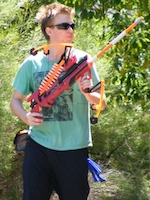 I love it.
I'm looking to do something similar with my Stampede, but with a double-sided tac-clip piece than gluing one to the body of my Stampede. You couldn't make a tutorial on that could you?
SnowDragon

Magstrikes fit without any trimming. You guys going to the 18th war, you'll see that in action as well hahaha.

It's not a smart idea because the clip rises into the line of fire of the longshot, but it could be interesting for a fire and forget weapon, fire it off then dump it.

EDIT: Sure, I could put one up I guess. I've got plenty of attachments that I can canniblise.
Mark 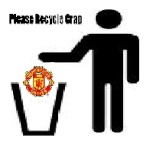 EDIT: Great Idea, I like the new use of the useless scope. I might mod my longshot scope so it actually magnifies.

He's not destroying them. You can still remove the Barricade, and the bipod is never used by anyone anyway. Those are the main things I see that someone might think are wrong with it, so why is "destroying" it?
Mark

You don't read the threads properly, do you?

I'm sure you don't know the meaning of modular, either.
Mark

Im kind of new here, cut me some slack.

EDIT: I've only being nerfing for two months and I have like 14 nerf guns.

Being new doesnt exempt you from reading posts. And besides, I have less than 10 guns but I can still make sence of words on a page... Providing that they use proper english.
phuonguyen

Mark wrote:Im kind of new here, cut me some slack.

EDIT: I've only being nerfing for two months and I have like 14 nerf guns.

That's the most ridiculous thing I've ever heard.

There are rules for everything and this forum is not exempt. Basic reading and comprehension skills should not be a problem for 12 year olds.

First of all I'm 14, second of all im new on this forum, just let me get used to it. Please.

Mark wrote:First of all I'm 14, second of all im new on this forum, just let me get used to it. Please.

Insults are wasted on you.
Mark

Look, I'm sorry for any offense,I honestly am. Lets just start over. Ok?

So you create this? and then rip on my modification?... LOL Well, I know who would win
Sponsored content