I have had a Maverick for over a year, and I am quite impressed with it.

Range
The Mavericks range is best stock, usually shooting around 8-10 metres with high velocity. Some lucky people (like me) purchase one that shoots 15 metres.

Accuracy
The Mavericks accuracy is great, in fact, I would go as far as to say it is THE most accurate blaster in Nerf. With practise, you can hit a moving target in the nose from 7 metres away. It can be done.

ROF rate of fire
The Maverick shoots as fast as you can cock and pull the trigger. I can squeeze off 6 shots in under 5 seconds, although without practsie, shooting fast has some detrimental effects on the accuracy.

Feel
The Maverick's grip feels great. It really melts into your hand! Although the blaster is a little bit front heavy - it just adds to the great feeling of the revolver.

Mod Capability
The Maverick doesn't have very good mod capabilities, but the best is the convert it into a NiteMav!
Russian Roulette, penny behind spring, air seal improvement etc.
_________

I really like the Maverick, mostly because mine shoots 15 metres stock

Nice, but there are alot of mods that you can do to it. E.G. Russian rullet, full barrel removal, penny mod and seal improvement.
SnowDragon 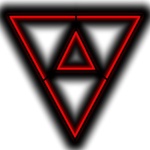 I have the clear one and I love it, one thing I;ve never seen for a mod before is putting the LSFG spring in as well as the mavericks, it gives it a hell of a lot of power! That, with the penny mod and air restrictor removal makes it a stellar gun.
littlebro05

Please check the date of the original post before you necro a thread. It's been almost 8 months. Don't post in threads 3 months old.

Before I lock it, yeah my friend added an LFSG spring into his Mav and it shoots 60ft angled.