Chaos-Blades wrote a write up on this gun a few months back, but it didn’t have any pictures. Today, I went to Target and found a BNIB spectre for $19.20. Since I’m an impulsive buyer especially with new guns I just bought it.
The ranges stock with stinger darts is...


I was extremely surprised and now see why the spectre had fairly high ratings even though it had one less ammo capacity than the Maverick. Anyhow, let’s get started... 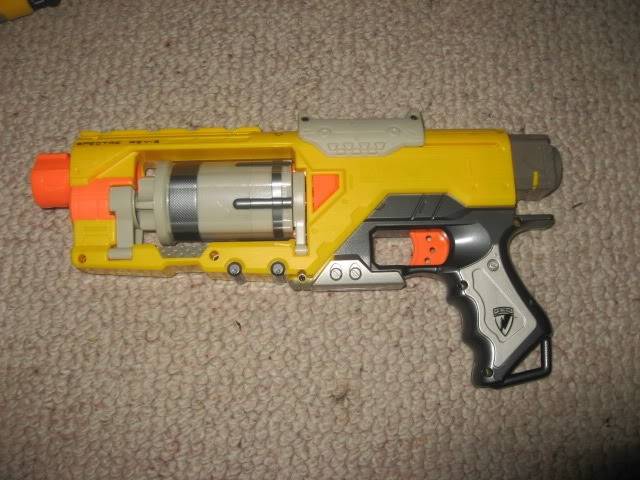 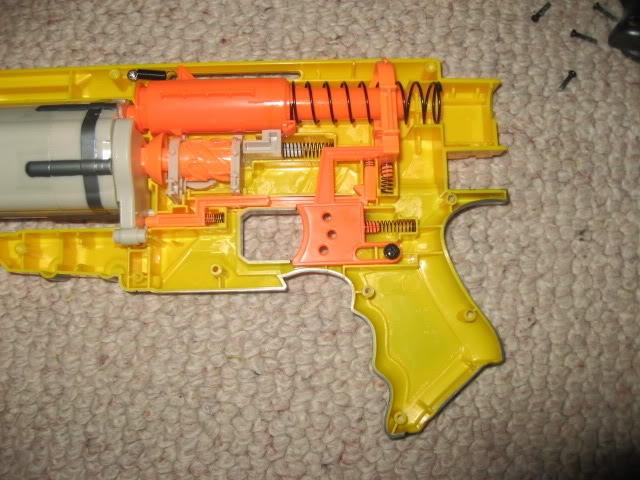 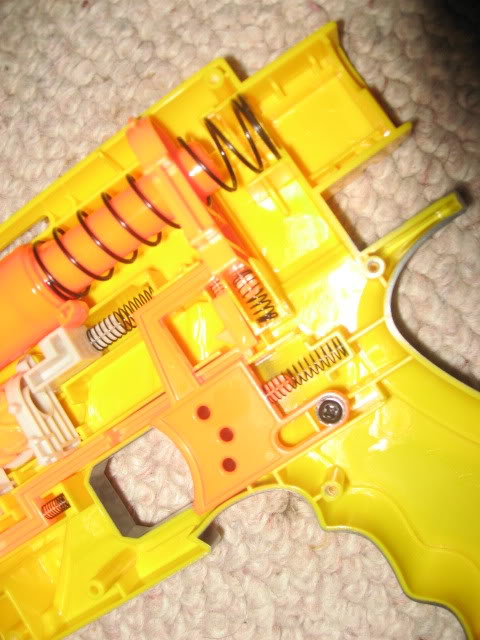 Step 2 – In order to remove the turret, you must press on the cylindrical thing that hold’s the turret into position as shown in the picture below. Place your thumb there and push back on the lock. 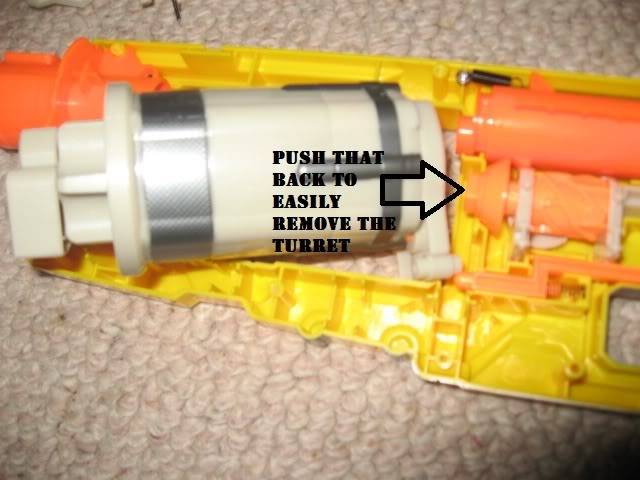 Step 3 – Just like the Maverick (Mav) using a claw hammer, lever the top bit off as shown in the picture. I have found it a little harder because that actual bit you need to lever off is hollow. However, the job can be done. 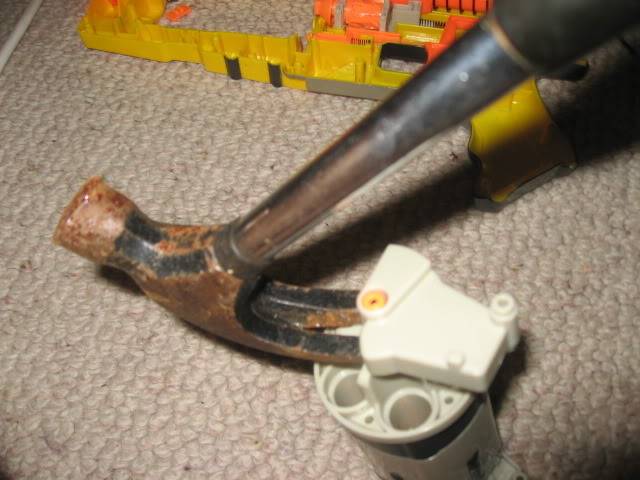 Make sure you have those pieces shown in the turret below. The pieces are the left nub, mini spring to push turret against plunger, the five barrelled turret, and right nub (looking from left to right). 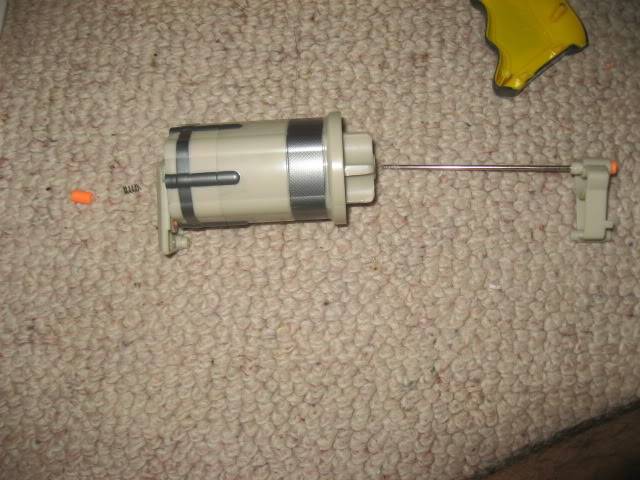 Step 4 – Similar to the Mav, unscrew everything from the back. There are 5 screws in total. 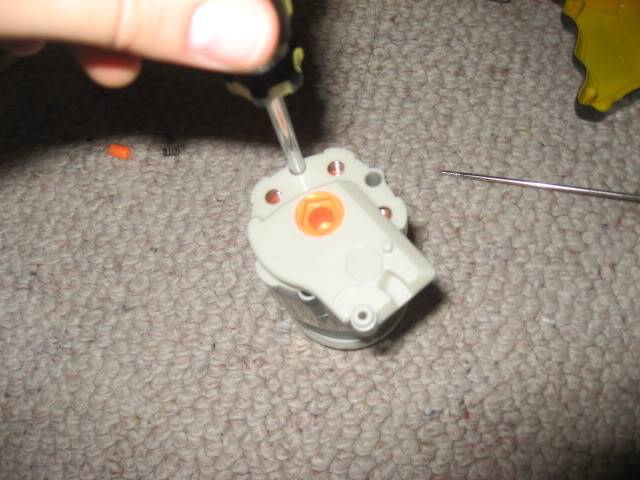 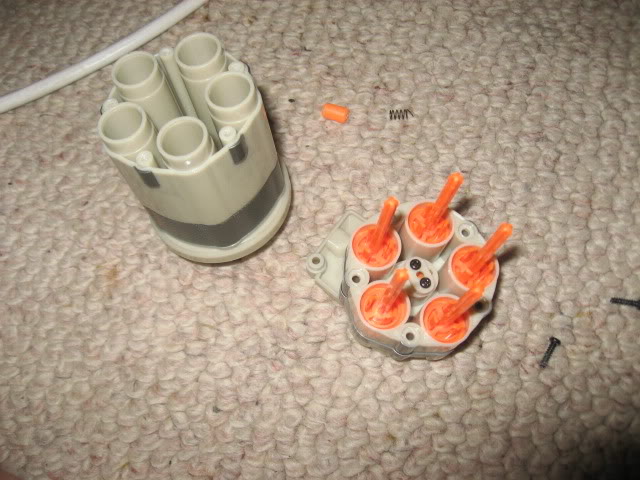 Step 5 – Pull out the ARs (the little springs and prongs you see below). Cutting or drilling out the pegs is optional. I have found that cutting out the pegs and drilling out does not ‘increase’ the range significantly enough to be noticeable. Therefore, I just left the pegs as they are as streamlines are compatible with the stock Spectre. 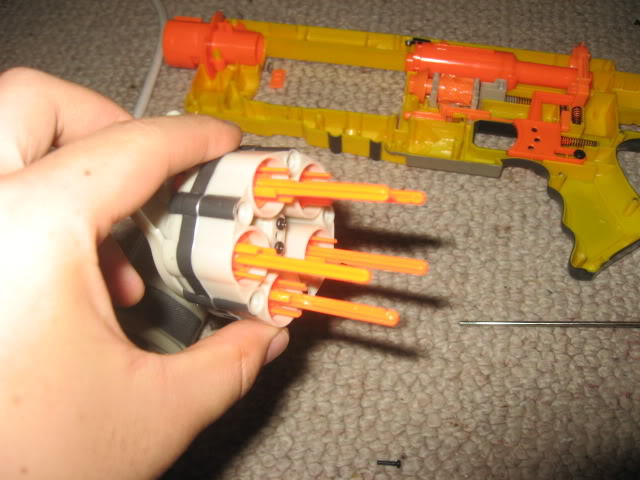 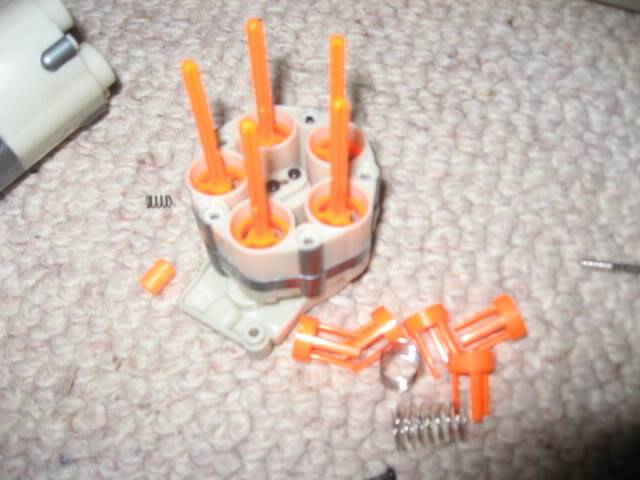 Step 6 – Put the gun back together of course. There are spring upgrades available for the Spectre on Black-Tactical.com | I have tried the BT Mav spring since I had it lying around. Unfortunately it does not prime the gun as the spring compression is too thick. Phuonguyen has put an upgrade BT DTG spring in it and it works perfect. However, it is a little hard to prime. 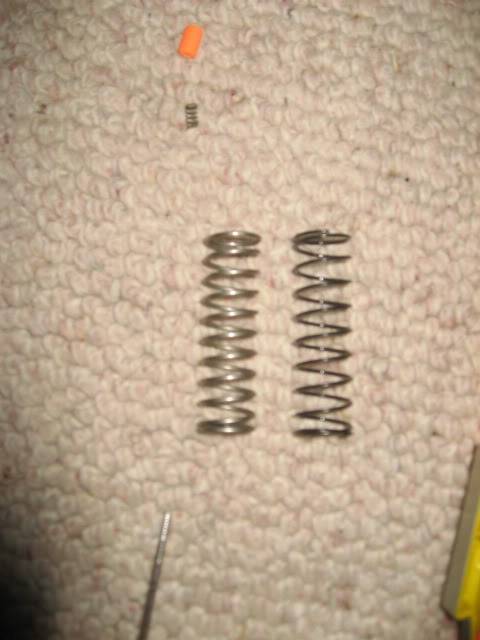 Anyhow, I hope you guys found the write-up useful! The ranges have not been tested, but from the ranges I was getting before it would be safe to say I would have gotten a range increase of 2-5metres give or take.