Here are some pics of my modded longshot.
First up was AR removal and a 13mm ID stainless barrel (its hydraulic tube, i got some scraps from a hydraulic fitter) then a repair to the "bolt" inside the plunger tube as it shattered (braced with a section of copper pipe and back filled with hot glue - sorry no pics of that maybe next time i pull this gun apart).

Then i got really sick of the bolt action on this gun so i cut up the front gun to use as a shotgun fore grip, all parts are internal and it works great - although it took a bit of work to get the part that helps push the darts right down inside the bolt tube as id removed some of its supporting plastic, i ended up solving that problem with a bit of plastic card to keep it moving nice and not allowing it to twist and jam.

The parts that link the fore grip to the bolt sled are some aluminium profile i found in a parts box, but 2-3mm aluminum plate would be fine, middle part is 5mm aluminum plate and the bolts through it all are long 3mm ones from bunnings - i used some 15mm spacers from jaycar but you could just use a few extra nuts. the slots in the front gun had to be elongated by a good 40mm to match the length of movement of the longshot bolt. tools i used were a cordless drill, files, selleys plastic bond plastic putty and a milling machine (last one can be substituted with a hacksaw and more files).

no specs on range as Ive never fired it outside but it is much better than a standard longshot and seems to shoot around twice as hard as a standard stampede. I wont be modding this one any further as i managed to hit my girlfriend in the eye with said standard stampede and she had a small spot in her vision for two days, so i guess this one would cause permanent vision damage as is (so its more than adequate for the inside nerf wars we have, which as of that incident involve safety glasses for all.

But, please post your work in sentences, with decent grammar and punctuation.
That wall of text isn't the best way to present your work.
If you can, it would be better to put it in a steps to outline the things you did.

Please consider this your first and last warning, and do have a good time on OzNerf. Contribute if you can and follow the rules of the forum.
raven_1985

Better? i was missing 3 returns and about as many full stops
littlebro05

raven_1985 wrote:Better? i was missing 3 returns and about as many full stops

I think phuonguyen was implying that you should put spaces between paragraphs because it makes it a whole lot more easier to read if you know what I mean. It looks like a blob of text. To be honest, I only looked at the pictures because it was too wordy LOL.
phuonguyen

That makes it alot easier to read - thanks!
Switchblade 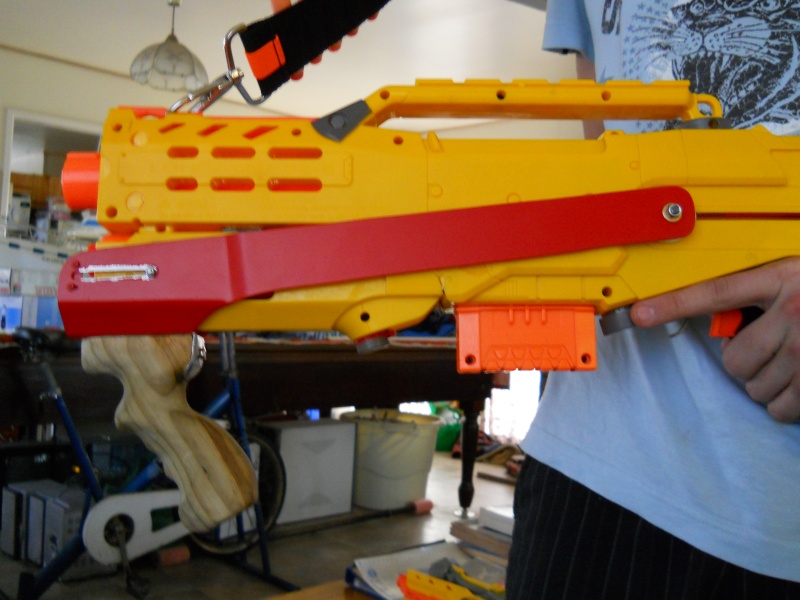 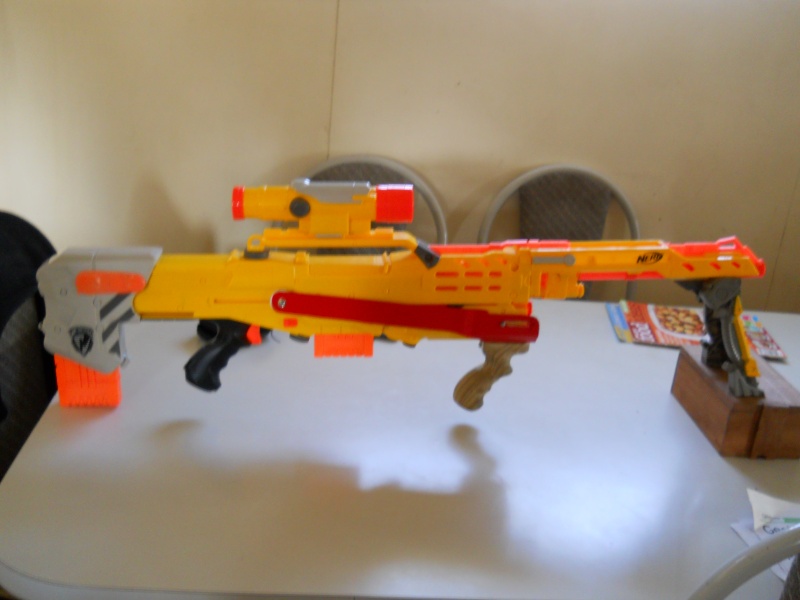 Nice Job on that mod. I haven't done very many mods yet... just haven't had the time. It looks very clean and looks like it was an effective mod. Good job.
Zandor

Man, both look great ... I love the idea of having it internal. I'm a modding noob (basic mods like AR's etc.) and lacking tools... long story short; this stuff is inspirational for me to get better and learn more skills
Sponsored content