My Speedload 6 (S6) arrived today, so once again, here's the review.


The S6 is a reverse-plunger blaster, with a 6-round permanently fixed magazine, which is the same system as the Q16. It requires to be cocked between each shot, and is rather similar in appearance to the Recon, but chunkier, and a bit heavier.

Once again the packaging was rather flashy, as you would expect being a new line of products. 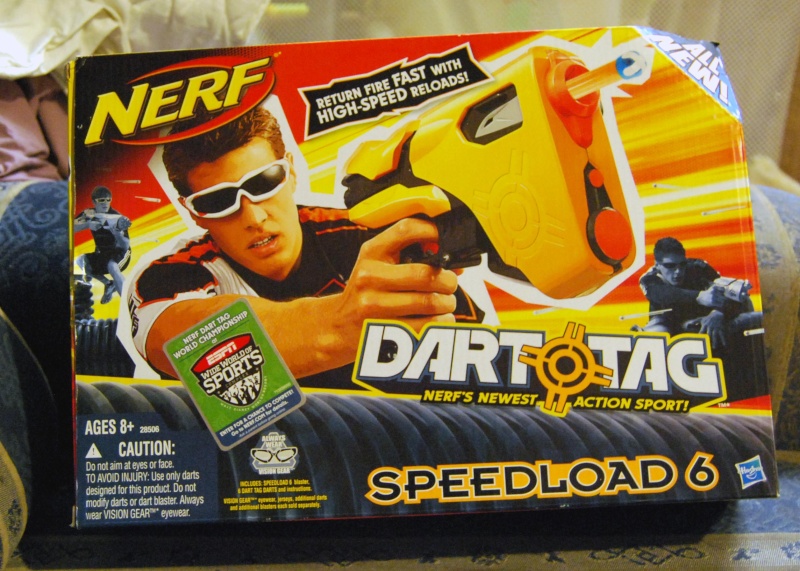 Out of the box, the S6 is surprisingly heavy, with most of tit's weight towards the front of the blaster.

Ergonomics are quite nice, although the balance of the weight is a bit far forward for my liking. The grip and cocking slide are quite chunky, which is rather nice to have something fit fairly decent for an adult.

This blaster won't accept any standard stocks, just like the Q16. 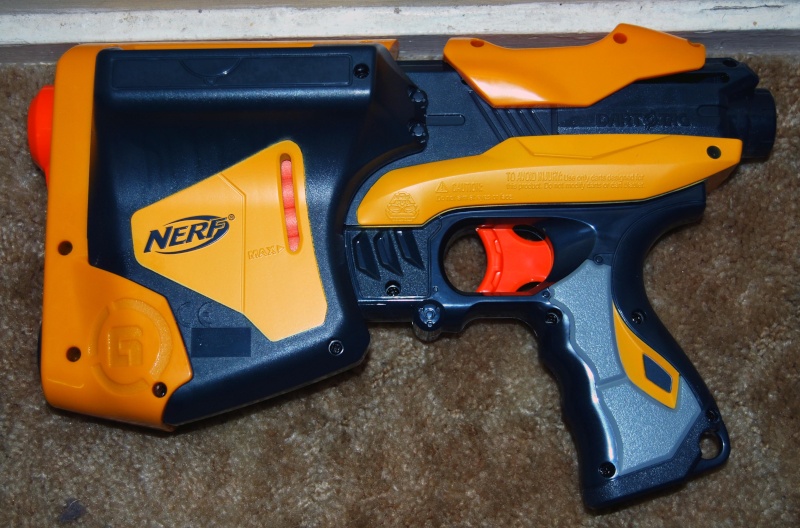 The "internal magazine" is rather functional, and quicker to load than a N-Strike clip. Obviously though, the lack of interchangeable magazines will probably prove to be an issue in a war scenario.

Range is limited to approximately:

I used stock tagger darts, so the results are quite good really.
Accuracy is fine, although difficult to judge with such small range. The darts do tend to drop quite suddenly after hitting approximately 30 feet.

ROF is dependant on the user, and the cocking slide mechanism is fairly good. Mine seems to be a little sticky, but it could just be limited to a small number/batch.

Also, I had half a dozen jammed darts in about 50 rounds, so I'm thinking maybe the unit I have is a Monday morning/Friday arvo edition. 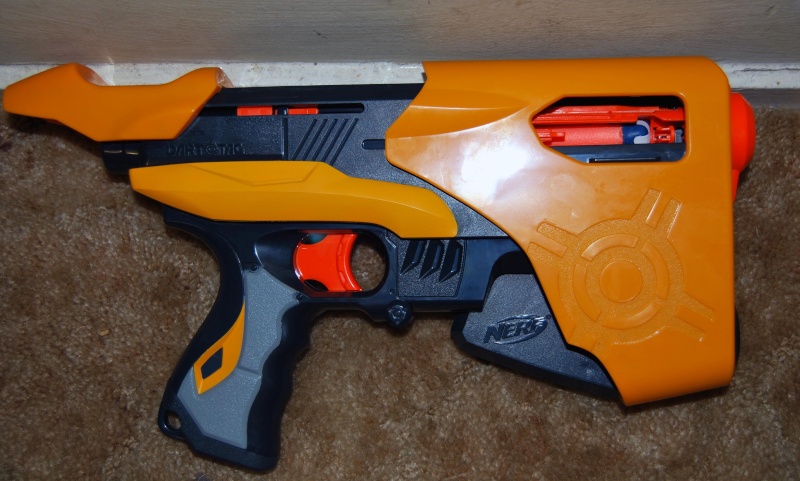 I'm not one to rate blaster's, as there is too many inconsistencies with people's different opinions. But, in my opinion, this blaster would make a nice addition to any arsenal. I'd much prefer it to the Q16, and it is much better than a Recon.


•Reverse plunger blaster, so modifications and ranges will be limited


•Unable to change magazines, but can be re-loaded at any stage, and loads quicker than N-Strike clips.


•Price is quite good: I paid $22 AUD for mine, shipped from fishpond.

Nice and clean, as usual man. I don't think I'll bother with either of this or the Q16, because of that damn reverse plunger. They could have at least brought out direct plunger blasters that were more expensive ):

Anyway, nice write up, man. Although, something that no one's covered: the slide looks so small, I would have thought that it was spring loaded and slid back to close the breech automatically. I'm assuming not, since it's a clip fed blaster. Also, you have a picture with the slide back, so I assume it sits there on it's own, lol.

Here's a pic of the slide mechanism: 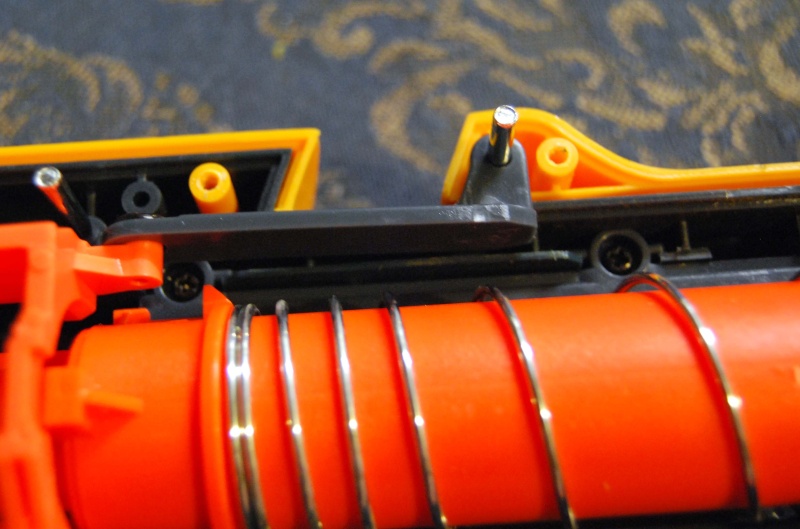 You forgot about Slam-Fire
clunk07

I didn't forget about it, I didn't know it had the slam-fire ability. Testing it this morning, it feels really awkward to use it that way, and accuracy goes out the window.
Sponsored content