So, I made an RSCB out of 15mm PVC, because I couldn't find anything to make a basic one out of that had less dead space. I nested PETG in it for the barrel. Stoppped using it, because it was huge and chunky, misfired, double loaded. I generally just hated it. All the while, I was thinking, less dead space, less dead space.. Then, the other night, I looked at a piece of 16mm Conduit and ding!!

So, I give you all the prototype of my custom RSCB!

I simply designed and cut pieces to fit each other, then glued them together. I used hot glue and tape for support on this one, but once I've been to a certain shed and used the jig to get some perfect cuts, it'll be a lot smoother and will be glued together with three-day epoxy.

This particular RSCB is made specifically for my PAS and fits it perfectly. There is barely any dead space at all. I was thinking of possibly nesting 16mm Conduit to reduce dead space even more, but I feel it may reduce air flow at that point. This RSCB actually sits to the side of the little iron sight piece on the top of the blaster, as it sits snug to the round portion of the shell. It has a 180mm clip, 75mm barrel. I get no misfires with silicone tips with the reamed out 16mm Counduit barrel.

Anyone have suggestions on an end cap for it..? Lol.

Would be interested in selling these if anyone was interested, build custom for each blaster. Once I have a final, effective product, of coarse.

Few improvements. I did a few different barrel lengths to test, after I fixed up all the air leaks. This is a 9" barrel of 16mm Conduit. Reamed, as with any and all Conduit barrels of mine. The barrel seems to give quite good performance, although I haven't added a spring yet, so it's not getting as much power as it could.

The glue looks tacky, I know. This is the prototype, so it's made to perfect how it operates, not how it looks. I glued the joins, then glued the glue, then put a bit of glue around the joins of the glue, then glued some more of the glue. Then I smothered the shit out of it with, you guessed it, more glue! After going over it for all air leaks and gluing them up nicely.

The end cap is great, gets an excellent air tight seal, just pushes in, then you just pull the loop to get it out. It's made out of the tip of one of the megas that came with my Hand Cannon. I cut a small hole out, tied a bunch of knots in the loop so it would jam in one end of the little tube that goes through the mega tip, slipped it through, then glued up and around the knot. Then I simply wrapped electrical tape around the stem of the tip until it fit perfectly in the 20mm Conduit. Not too tight, not too loose. Although, if you have no darts in the RSCB, block the barrel with your hand and fire, the cap gets blown out, lol.

The RSCB is literally perfect for this blaster. There's so little dead space, it's excellent. The silicone tips work so well in it, except when I've made one with too much super glue, which creates a kind of lip or ridge around where the foam meets the tip. That causes a few problems. Otherwise, not a single misfire.

Thanks mate, but I was thinking more of something suitable for an end cap, not a 20mm Conduit end cap. Too big and chunky, I want a nice compact cap. (:
Kat

You could also try using a piece of 20mm conduit on the end of the 16mm, as i found that the 20mm fits nicely into the 15mm pvc elbow T peice I meant :P.

Here is a pic or two. 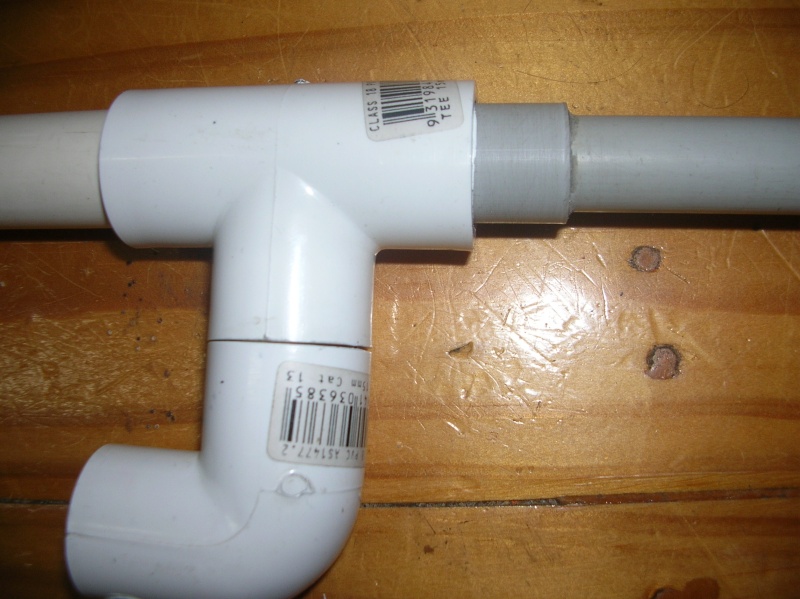 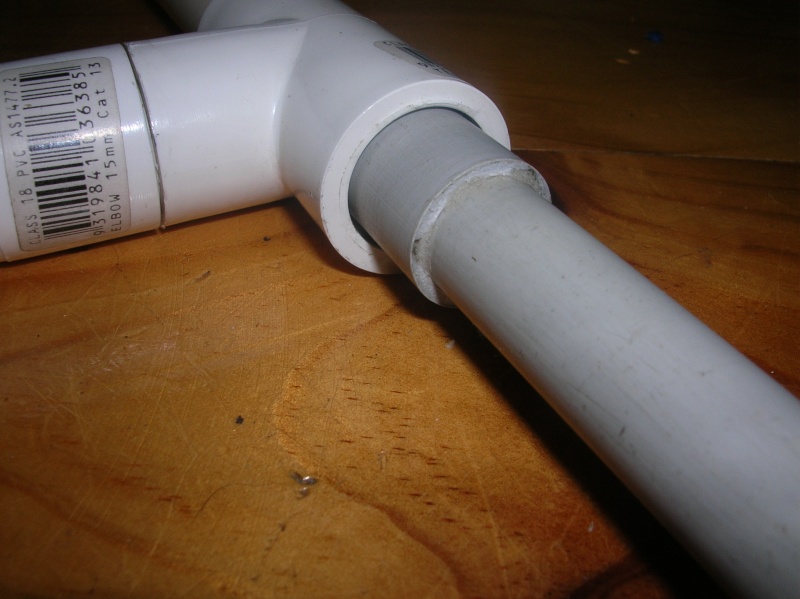 I've had this one sitting around for sometime but have never used it in a war.

Also using a 15mm pvc ball valve at the end can help, as it allows for easy reloading.

Yeah, thanks guys, but I need to emphasise.. I want it to be insanely compact, easy to reload, no dead space, or as little as humanly possible. Thanks for the ideas, though, guys.
melbnerf619

Yeh mate, it only has the stock spring and it was really just a prototype. Will do tests and what not, and get back to you all. (:

Probably, but I'm thinking more of something that can have a very simple clip to secure it. Like a little flap, then a clip to secure it, hopefully with an air tight seal. I'm simply not satisfied with an end cap.
gooni

On the dead space issue, The way I made this one, it has very little dead space, well as little as possible.

Some more pic's to help you get the idea.

The 20mm conduit slides far into the pvc T. 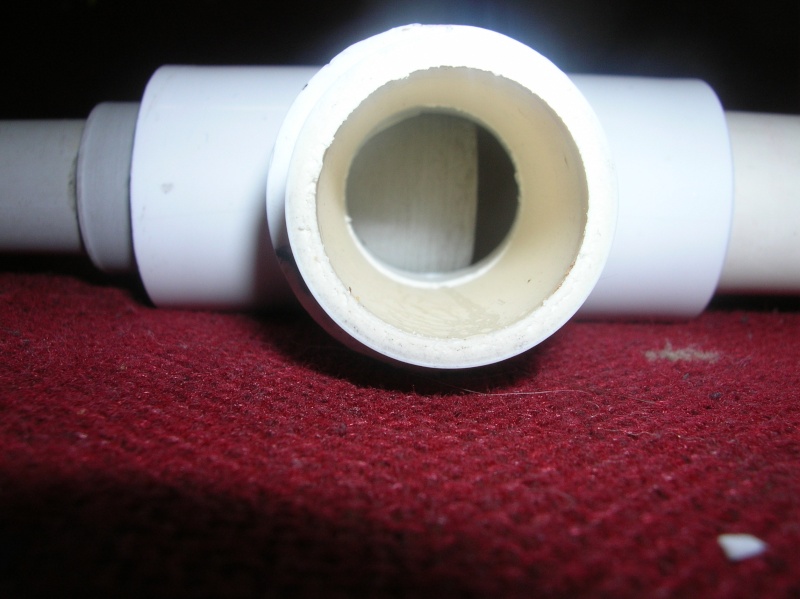 And the 20mm is flush with the end of the 16mm and reamed as per usual. 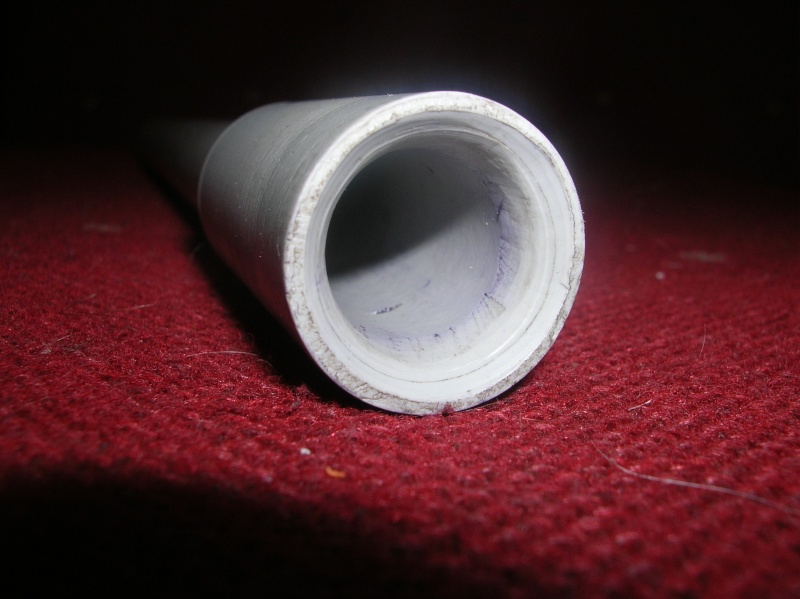 Hope that gives you a better idea of what I've done.

Probably, but I'm thinking more of something that can have a very simple clip to secure it. Like a little flap, then a clip to secure it, hopefully with an air tight seal. I'm simply not satisfied with an end cap.

The ball valve would do that job very nicely indeed, given it is not the smallest or best looking option. I have see some rubber "flap" looking things when trolling places like NH and NR but can't pull them off the top of my head.

Righto, thanks mate. Still like mine, as it's custom fit to the PAS. (:
melbnerf619

Since your looking for something with the least dead space possible, you could go for a hopper clip but if you insist on stcking to RSCB's you can try a new way that I think should hopefully work and it is so very easy to reload.
[img] 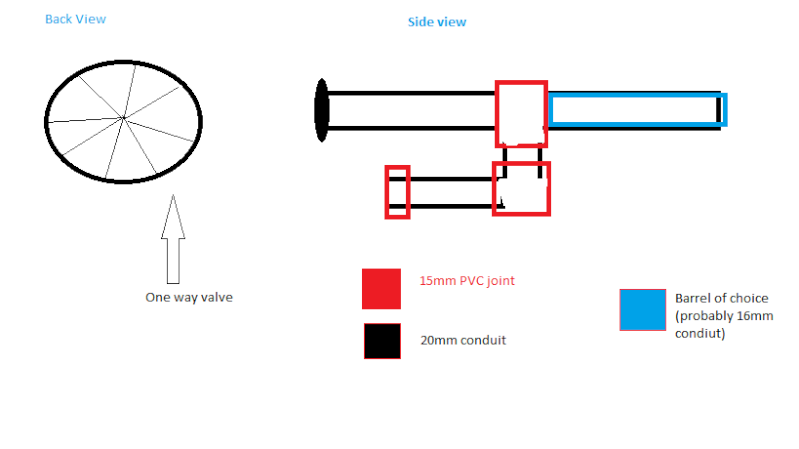 The only problem is that i have no idea what to make the one way valve with. If it has already been created DAMN IT.
238232 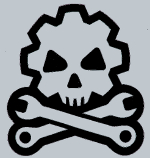 Mate, that is exactly the type of dart door I was looking for, thank you very much. If I can get this system to work efficiently, it will be very cool and very air efficient.
melbnerf619

Also, it holds four darts with this clip. It did hold five, but the end cap takes up a little space. Forgot to put it in just now and can't be f..

Try use a smooth flowing bend other than that almost 90deg bend you have. Little things like that make a big difference in the end. I think thats why i'm getting good ranges with my TS, my coupler is different and has been streamlined abit. Do anything you can to improve air flow.
Mozart

Thanks mate, will do. This was a mock up. I'll be doing a joining piece in between those two, once I get access to a jig and just a hack saw or something.

I live in a small unit, no shed, lol.
Sponsored content