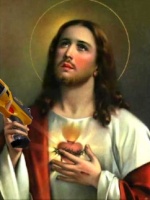 Hey all, trolled the forums for a little while and realized I might as well join.
A bit about me, Been nerfing for a few years but only with family and friends,
recently found that there was a relatively large nerf community online and this sparked my interest in modding.

I now own 3 blasters, all modded;

Maveric - all the usual performance mods

Alpha trooper - AR's removed, modded the loading grip and made it spring loaded ( pullback and release)

Longshot - the usual performance mods, I then added the barrel from a old recon to serve as the housing for a "shot blast" with nef dart conversion,
the pump for that is attached to the stock (the stok can still move freely). I also made it so the recon reload grip cocks the longshot.
The one trigger fires both guns.

looking forward to playing some wars in Sydney!

Welcome to the forums mate. I see you have some very unique kit :).

Join us for our war HERE and don't be afraid to ask any questions!

Hope to see you there mate.
-mirsho

Greetings and salutations man ! Welcome to OzNerf - it's always nice have a new Nerfer in our community, and even better so if they're from Sydney. Hope we can see you at a war sometime, looking forward to a good war because if there's more of us, then it's even better.

Sounds good, Will have to wait till closer to the date but I'll see what I can do, I work the weekend shifts and I've come off a 2 week holiday so asking for a day off on my first day back wouldn't go down well.
GirlyGamer

Holy duck <Censored>... I love your Recon Integration! I can see bazillion % in you. I might actually do that for a shot gun gripped shot gun idea... it's great!
RL

hey man! Sydneysider, I see, whereabouts if I may ask?

Anyway you gotta show us how you made those mods, they're amazing
bakabill

Welcome, and great original mods - I too would really like to see how you did the recon integration into the Longshot!

Please take some photo's next time you open it up!

PS: Great photo/editing quality too - look forward to any write ups you do.
d.k

Thanks for the compliments, to be honest I was surprised that no one else has done it, as for how I did it; it's as straight forward as it looks... I just marked it up and cut with a hand saw, however I will start working on a write up soon.

Yeah, the shotblast's range is awesome and its so compact. I'm using the recon barrel atm but i will upgrading the barrels soon.
bakabill

I hope you have a good stay here at OzNerf.

Long, thin strip of metal about 1cm tall, not happy with it tho. I'm looking for a chunk of wire like in the alpha trooper to replace it with... I'm also playing with a re-enforced printing plate to see if I can get that to work.

Basically I use what I find, I try not to spent money on modding, makes things more fun. I also use bare minimum tools, hand file, saw, small hand drill and hobbie knife are all I really use.

Welcome to OzNerf and all I can say already is wow. Nice integration with the recon!
redcricket077

Welcome to Oznerf and yeah that recon integration is awesome!
Luke

Welcome to the forums D.k,

I'm really liking that longshot mod of yours, its so clean and looks great. I hope you can make it the the war.
d.k