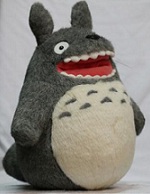 So I bought myself a Rayven on the day of the January Kelvin Grove war by leaving the war midway to embark on an hour long journey after seeing someone else holding one in front of my envious eyes. Upon returning to the field with 4 Trustfire batteries packed inside I was hoping for some pretty awesome flywheel performance (which according to Urban Taggers, this gun is AMAZING).

So I pop in the clip full of Heavy Tip darts, rev up the flywheels, pull the trigger and watch as the heavy tips hit an AMAZING 60cm range.. wait what was that? 60cm??? That's worse than a Maverick shooting suction darts.

It turns out that the actual TIPS of the Heavy Tip darts themselves are too large for the narrow gap that was designed for the squishy stock streamlines, thus literally forcing the majority of the darts to pass through the flywheels at an angle and hitting the walls of the internal barrel at full force, giving less than mediocre results.

Thankfully there was a way to save this gun from becoming a glorified paper weight. After messing around with over-complicated ideas (such as introducing a second pair of motors or even integrating a conveyor belt that replaces the fake barrel), I came up with an extremely simple fix for this problem by pure accident.


That was to remove the Rayven flywheels and replace them with the flywheels from the Barricade. As the Barricade flywheels are just a TAD smaller than the Rayven wheels AND throw in the teeth that it has, it was perfect for Heavy Tips. What follows is a simple switch out, directions below if you need them.


Step 1
Remove all the screws and take your Rayven in half.


Step 2
This step is OPTIONAL. Grab some electric tape and wrap around the electronic sensors of the gun so that you can still rev up the wheels despite having no clip inserted or while the jam door is open.

The sensor for the jam door 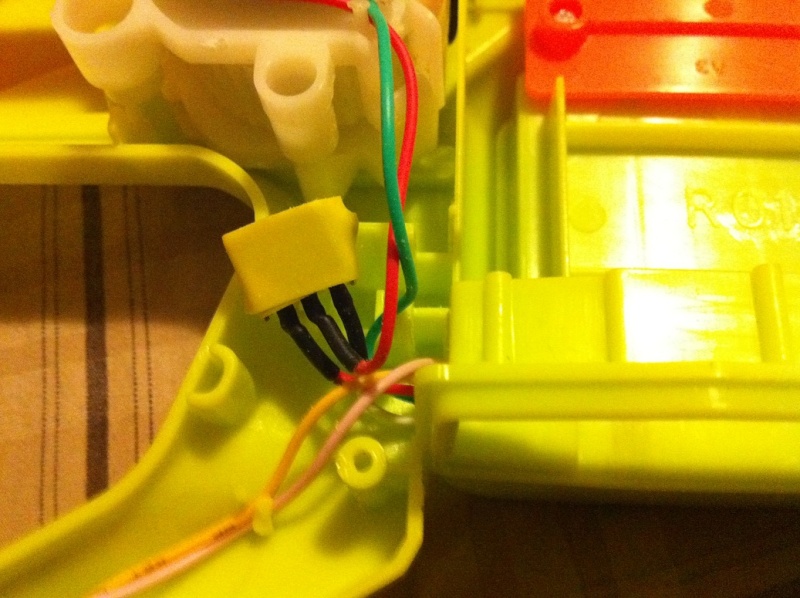 The sensor for the clip


Step 3
Now remove the two screws that are holding the flywheel section onto the shell.

Unclip the two pegs holding the case together on the side where the rubber door IS NOT on.

Gently lever the screwdriver handle up and the wheel should come out without any issues.

Repeat with the other wheel

Step 5
Now, remove the toothy flywheels from the Barricade as shown here:

Repeat with the other wheel 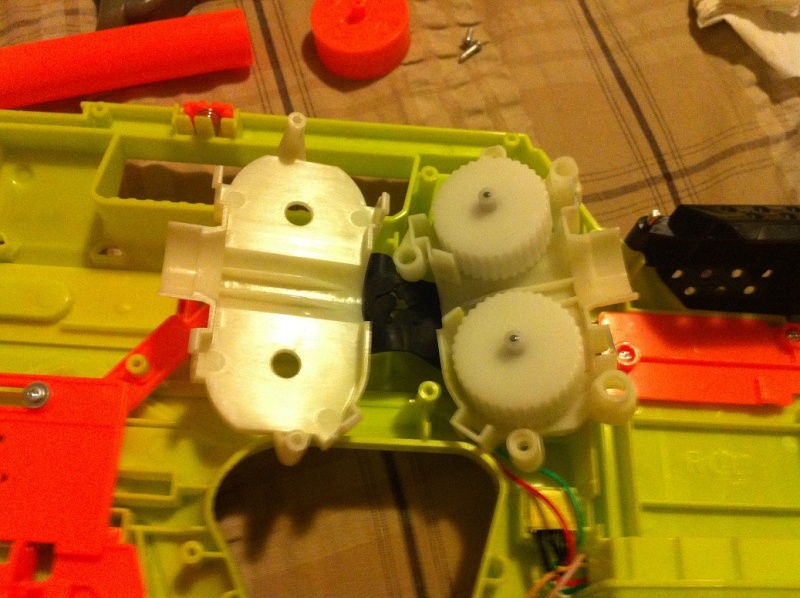 Clip the flywheel casing back together, screw everything back in and we are ready for a test fire with 4 Trustfire batteries

Extra: The original Rayven wheels may serve a purpose as well, just pop them into the Barricade that you took the toothy wheels for and you will now have a Barricade AND a Rayven that will perform properly with Heavy Tips, thanks to the convenient size difference in the flywheels of the Rayven and Barricade you won't need to add electrical tape to it for extra grip either!

Closing Comments: In my opinion the Rayven is a fun little secondary to have with average ranges as far as a secondary+flywheel goes, but to make it usable in an organised war where Heavy Tips are used more, it might not be the best choice to buy unless you already own a Barricade. Otherwise you'll end up spending an additional $20-$30 for the Barricade flywheels making the total cost of this gun $70, in which you could just buy a Stampede instead.

If you have a clip fed Barricade I think you should stick with that and wait for the Rayven to drop in price. If your Barricade is still a basic gun with no mods applied then you have nothing to lose (except maybe $45 from your wallet)


(I'm rather sick at the moment so I apologise for any grammatical mistakes that I may have made, just point them out and I will fix them as soon as I wake up tomorrow morning/afternoon)


EDIT: Small snap cap Stingers work too, but will need to extend the dart pusher by 2-5mm for that perfect fit.

Sort of provides an easy fix for two blaster's, with no wastage of parts.

If you get a chance, you could probably upload some of those pic's for the internals directory. I'm not sure if we have any for the Rayven yet, and am too tired to check.

Anyway, good work dude!! Just curious though, how did it run with the 4 x 14500's? Not that I've done any research, but I had a feeling that voltage would be way too high, I figured that it would be identical to the Barricade. Like I said though, I've not researched anything on this yet...

At the moment I'm using 4 cheap non-branded 3.7v batteries but since they are about 30-40% drained I can't really give an accurate measurement until my Trustfires arrive in the mail later this week. At the moment with the 14.8v that it has currently it seems to be fine as I only shoot in bursts, if I leave it on for a prolonged period the general smell of a running toy motor starts emitting from the blaster. Not game enough to stress test it just yet, at least not until I get myself some better motors
clunk07

Just read at the bottom of the first post by unknown, and there's some pretty decent guidelines for submitting your pics etc.

Will be interesting to see how the TF's run. Not that I have to stress about it, I doubt we'll see any Rayven's up this way for a few more months yet...

Oh dear, I've already thrown out a few parts, mainly locks, from the gun. Perhaps I'll post pics for my second Rayven a little down the track. Or unless if someone else here can kindly beat me to it.
stoph

NIce mod mate! Simple, but like clunk said, 2 birds 1 stone! Tamiya are the way to go for motor replacements, though you probably already know. In my experience, the Plasma Dashes drained my Trustfires too quick (not sure if that's a common thing), but I found a happy trade off of speed and drain with the Hyper Dash range - just thought I'd throw in my 2 cents. I think I'll do as you suggest and sit tight till the sales
ZeusPwns

Mmmmm Very nice, Have really been eyeing the Rayven, but I just think its not worth the $45 pricetag.
tanand

Stoph - I might look into those Hyper Dash motors, regarding the drain though, have you ever noticed more of a drain compared to the regular stock nerf motors? If so would it completely eat away at a set of batteries before the end of a 5 hour war?

ZeusPwns - Yeah I agree, it is pretty pricey considering that a Longshot goes for the same price. But I'm a fan of the small size so I couldn't help myself! Not sure about a second one though...
stoph

I cant remember where someone stashed away all the different motor stats, but the draw for the Plasma Dash was at least 1/2 more than the Hyper. Edit: to answer regarding stock motors - they seem to stand up better to voltage increases and draw less current. Bear in mind your Trustfires are only going to be carrying 900mAh, the draw of any upgrade motor is definitely something you'll want to consider with battery/motor choice.

Also, more voltage does not necessarily equal more power. Most motors have an ideal voltage range, that is they perform most efficiently as far as rpm, torque, power consumption, etc. I've come to believe 2 Hyper Dash motors, suited to 3v each (ideally) would be better paired with a compact, 6v, high capacity (2000mAh and over) sealed lead acid battery, than over-powered with a fistful of Trustfires. It'd require more cosmetic modding to hook something like that up, but it'd be worth the performance in range and stamina.

Now, not to discount anything I've just said, but I'm still getting my head around this stuff, so please dont take me as gospel, just sharing what I've come to learn.
Swatsonia

Many rayvens appeared over the weekend, and all of them fed silitips perfectly, even in deathly 42 degree expanding weather.

However, a very nice fix to those who do have this issue.
tanand

Hmm that's strange, well rather it's pretty lucky then. They were the black heavy tips and not the light blue soft tips were they? The soft tips went through fine for us, but in the war it just went very poorly with the more rigid black tips. Hopefully my second Rayven won't have the same issue. (fingers crossed)
Swatsonia

Nope, we had many people running with black silitips. There were 4 Rayvens purchased in WA, and two in Vic as well.

Might just have been an issue with your batches.
tanand

ACK! I hate getting dodgy guns, I bought a BBUMB that was leaking out air HORRENDOUSLY once. Thankfully it was going towards an integration
chiiia

Actually, what I did was cut a piece of 15mm PVC that fit between the end of the whole flywheel system and the front barrel connecting part (the muzzle?) and e-taped it together. Seems to be working fine at the moment, but I don't know if it will last, seeing that it is e-tape and the PVC might move out of place.
JacobYeah

I'll have to try it one day
chiiia

Well, it is a bit thinner in ID, but I kinda flared out one end with scissors, like in an RSCB.
JayDesu

bought a raven just then to do this mod =]
tanand

JayDesu- Probably test out some heavy tips first, there's more people on the Brisbane facebook group saying that theirs had no problems firing the darts without swapping the wheels. I'm starting to think that my particular Rayven was just a poorly assembled blaster or something similar. But at least it will save you 20 minutes of unscrewing things
h3rrr0

New here but I have just got my rayven and have my plasma dash motors on their way from Japan. They draw 2.7v at 4100 mah I believe. Which means a total of 8200 mah !!! To get these running I will hook up 4 trustfire 18650s in parallel. Parts should be here in 2 weeks. I'll let you all know how it works out, might paint it in the meantime!
JayDesu

tanand wrote:JayDesu- Probably test out some heavy tips first, there's more people on the Brisbane facebook group saying that theirs had no problems firing the darts without swapping the wheels. I'm starting to think that my particular Rayven was just a poorly assembled blaster or something similar. But at least it will save you 20 minutes of unscrewing things

Ok so I did some testing and what I have found is that my rayven can run heavies BUT it must be fully charged (about 3-4 seconds after the previous bullet) before you can fire the next one or it will be a flop.
tanand