So we've all seen the upcoming Avengers stuff and word on the street now includes a few GI Joe branded blasters and melee weapons, so here's a thread to talk about everything showing up at the TIA Toy Fair. 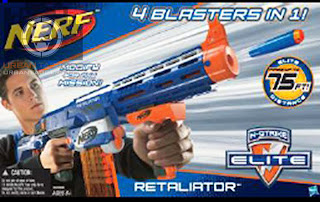 I know I'll get at least one regardless, but wow would it be nice if the ranges are as claimed. Would be even better if most of the range increase comes from the new darts.
stoph

That looks super neat.. 75ft looks like Nerf have finally realised that people are gonna mod their blasters regardless of warnings, because that's what the people really want. I'd buy 2 of these, mod one, and keep another for stock wars.
JacobYeah

My attentions drawn to the rampage, and the darts 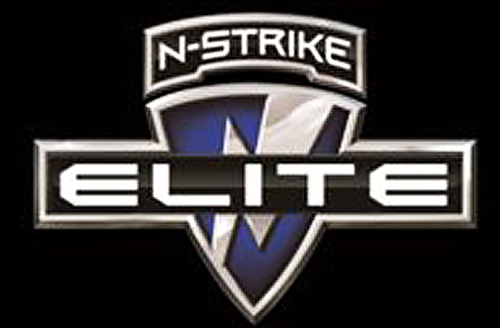 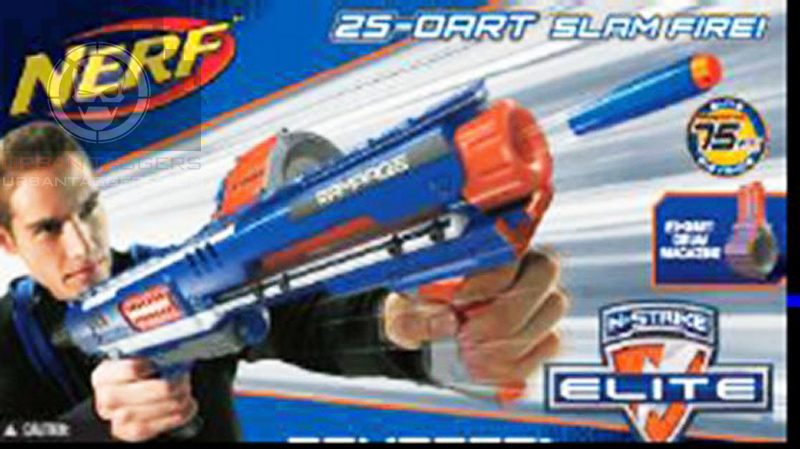 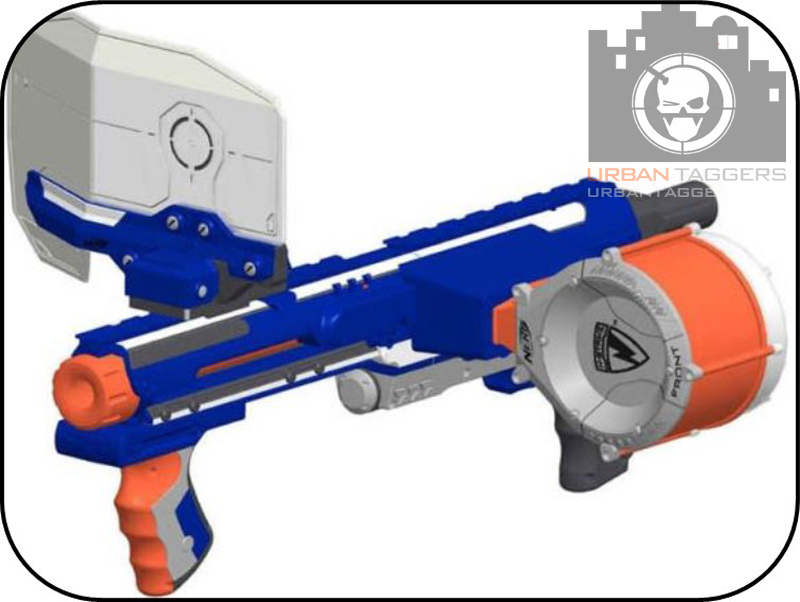 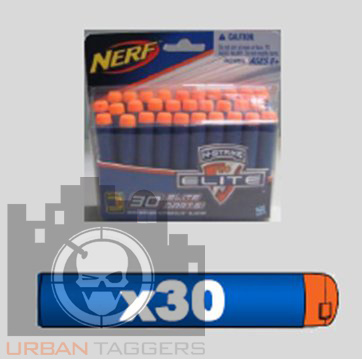 Hells yeah. A good looking blaster, personally I hope they keep pushing the N-strike line, and this looks great in my books. However, I hope that the difference in range does not come from the darts, but from decent internals, a new blaster with some good potential to replace the longshot!

The retaliator looks rather a lot like a long strike with a recon barrel. I'm impressed.

I still want them to make the S-drum.. I've got too many projects already that I can't justify starting another one!
abowden

you can't freaking mod a recon or raider to get those ranges!
looks like modding reckons is about to become obsolete.
Philb2323

Hopefully some proper plunger bases to come from the new line eh?
evozn

Anyone suspect the longshot could make a suprising return with a new name?
abowden

I really really hope so, also, does anyone else thing the direct plungers those guns?
natious

abowden wrote:I really really hope so, also, does anyone else thing the direct plungers those guns?

They would have to be i assume, or some super amazing dart technology lol
Photo Ninja

OMW style internals, light darts and a little bit of exaggeration on ranges and you get these. I'm hoping for direct plunger but I doubt it. It's easier to improve the original design rather than making up some new concept or shoving in a DP.

Unknown wrote:OMW style internals, light darts and a little bit of exaggeration on ranges and you get these. I'm hoping for direct plunger but I doubt it. It's easier to improve the original design rather than making up some new concept or shoving in a DP.

I have a massacre kit recon, doesn't come close to 75ft, biggest waste of money...
Johnnus

This is a genius marketing scheme. It effectively renders the majority of current N-Strike (E)CS blasters redundant due to massively improved ranges. Hopefully they have managed to fix the accuracy issues of Streamlines, and the new darts are compatible with current N-Strike blasters. If they are, and they are part the cause for such high (claimed) ranges, then it'll be an easy way to pimp your other blasters. (of course presumably silis will still be better for more powerful stuff)
IMO the next blaster they should pimp is the Longstrike, given how terrible it currently is.

And on speculation of how they get such ranges, they'll probably have mega springs, epic stock seal (like the Jolt), and then an AR like the AT which allows for more power than a traditional AR, yet still protects the plunger.

On the other hand, is it possible for those blasters to have direct plungers, or are they like their traditional N-Strike cousins with RPs?

EDIT: Presumably the new clip and drum will be compatible with standard N-Strike, and vice versa?

EDIT 2: I'm assuming this will be the big new thing of 2012, the way Vortex was for 2011. So what are the lead up repaints going to be? Stampede had the Clear Series, Vortex the Gear Up, so maybe (but unlikely) the Light It Up Series is to lead up the N-Strike Elite?
Alternatively the Elite could be the lead up to some other big release in 2012. After all, it appears to be rehashes of old N-Strike, just like Gear Up and Clear Series were.
Eclipse

Could this mean a total revamp of NStrike? This could also lead to the eventual discontinuation of the standard models due to that fact that the old ones will be made redundant. I hope this will not be the case.
TylerMaxwell 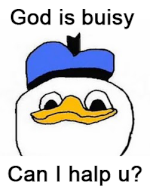 Why is no one thinking there may be an age limit on these? The 3-in-1 Unity Power System is advertised with an 8 year old carrying the thing, while this is advertised with an adult/teen holding it, if I was to shoot a young child with this they would cry no doubt, I've heard some speculation that it's supposed to be the "Air Soft" Of Nerf.
JacobYeah

Just looking over the pics and noticing that it says "Elite Distance! Shoots UP TO75 Feet!

So for everybody speculating the ranges you are probably right, they are most likely exagurated
abowden 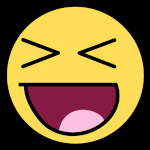 I'm guessing Angled, But my question is, whats the capacity of that clip, 18 again, or perhaps a new size?
Johnnus

Phil-in-good wrote:I'm guessing Angled, But my question is, whats the capacity of that clip, 18 again, or perhaps a new size?

I reckon nerf put a 3x power spring in their, I know the recon air restrictor doesn't do much, and that jerm got 50 feet out of a spectre with a 2x spring also, the plunger in a recon is a hell of a lot bigger, they probably did something to the dart tooth and seal, combined with a tighter barrel no air release hole and the new darts, those ranges could be a possibility.
evozn

I wonder why they don't go back to their old routes and re-make retro blasters.
abowden

they like to think their all about innovation, and that wouldn't be very innovative.
TylerMaxwell

evozn wrote:I wonder why they don't go back to their old routes and re-make retro blasters.

??? What does that mean lol, They could do that at any time and they probably never will, this is evolution, do you see even a Nerf Crossbow doing 75 ft? It'd be a hard one but I'd take Elite over Retro.
Jeo

Almost no chance they're anything but reverse plunger.
JacobYeah

they should have applied this technology to the long strike and nothing else, that way they wouldn't make everything else obsolete, and it would truly be a NERF sniper.
JacobYeah

For some reason now im starting to think that these new blasters are gonna be all hype.
abowden

even if they turn out to get like 40-50 flat, I would be okay with that, because then it wouldn't just be another stupid freakin' repaint (like last year)
Bommah 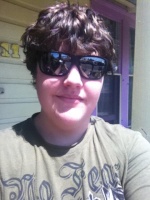 What the hell? Is it just me or are these just literally carbon copies of existing blasters with better ranges? This is either gonna be really successful and clever of NERF or this is gonna totally flop.
Bommah

abowden wrote:they should have applied this technology to the long strike and nothing else, that way they wouldn't make everything else obsolete, and it would truly be a NERF sniper.

Yeah but NERF needs to make other blasters obsolete so they can successfully market new ones so they don't stick with the same few products until another company comes along and steals all their market space.
JacobYeah

Bommah wrote:What the hell? Is it just me or are these just literally carbon copies of existing blasters with better ranges? This is either gonna be really successful and clever of NERF or this is gonna totally flop.

Well i guess after all the years that nerf has been in the business, they might have finally run out of cosmetic ideas, ie, blaster & shell design. but i guess we all knew that this would happen one day.
abowden

You can't actually run out of ideas, just hire some more designers/artists. maybe use some more ideas from the wii game.
Sponsored content