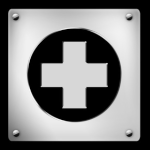 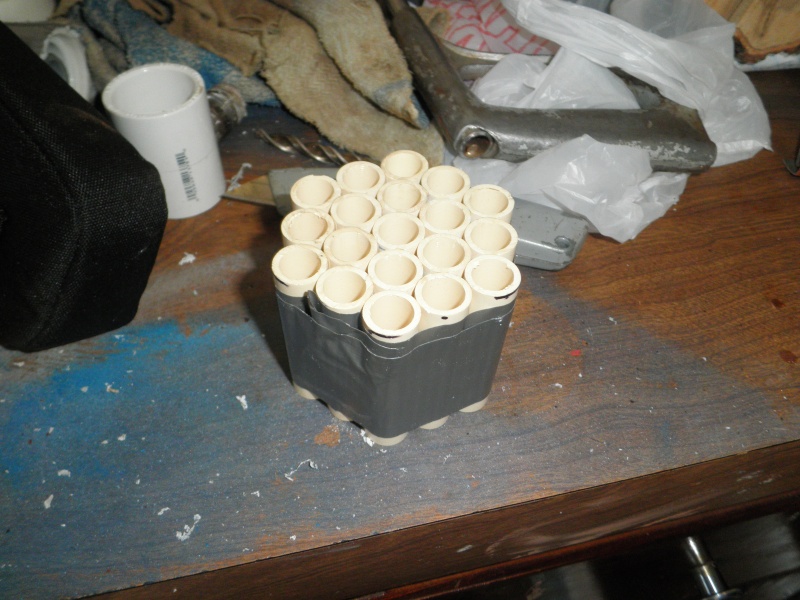 You need 19 pieces of CPVC or barrel material of choice of fairly equal length in a hexagonal formation. I taped mine. 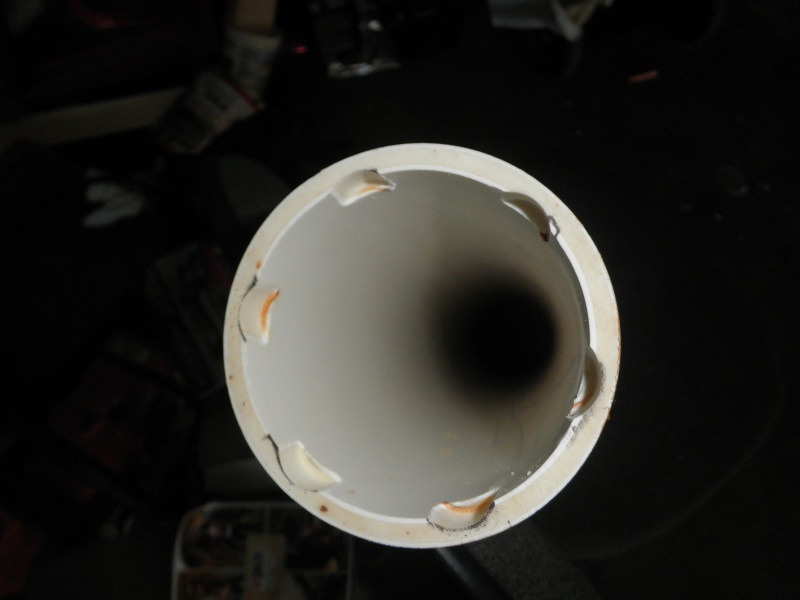 Then, if using CPVC or a material with a similar OD, take a piece of 3" PVC, and dremel it out like so. I simply set my barrels on top of the 3" and traced where they overlapped. 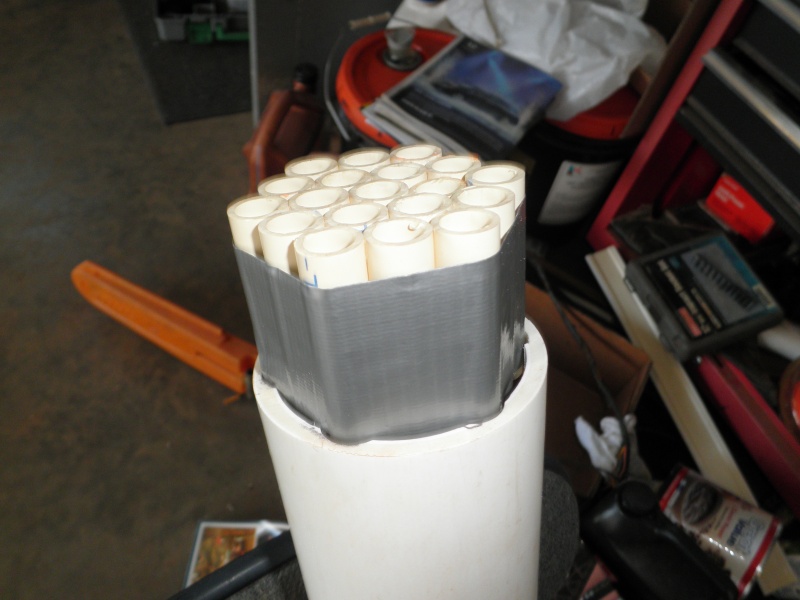 Set the barrels in for a fit test, and dremel where needed. 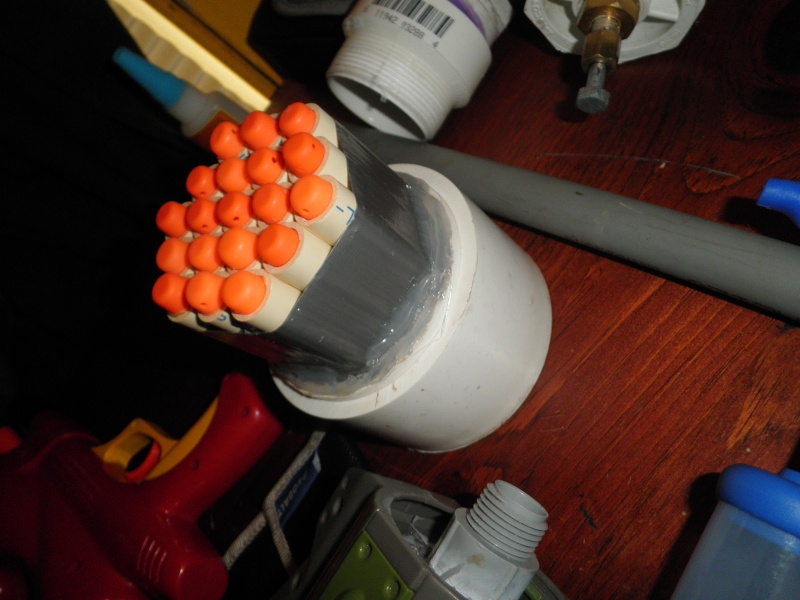 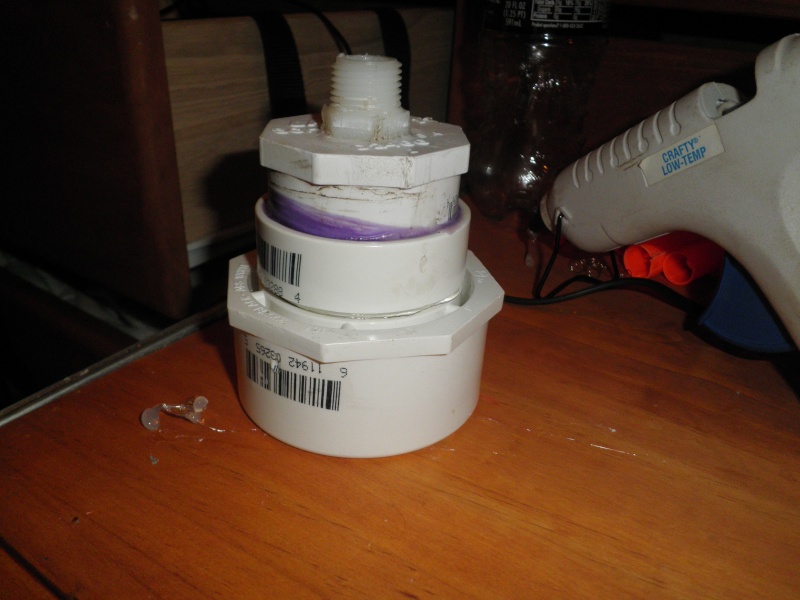 You then put together fittings to adapt down from 3" to whatever coupler setup you have. 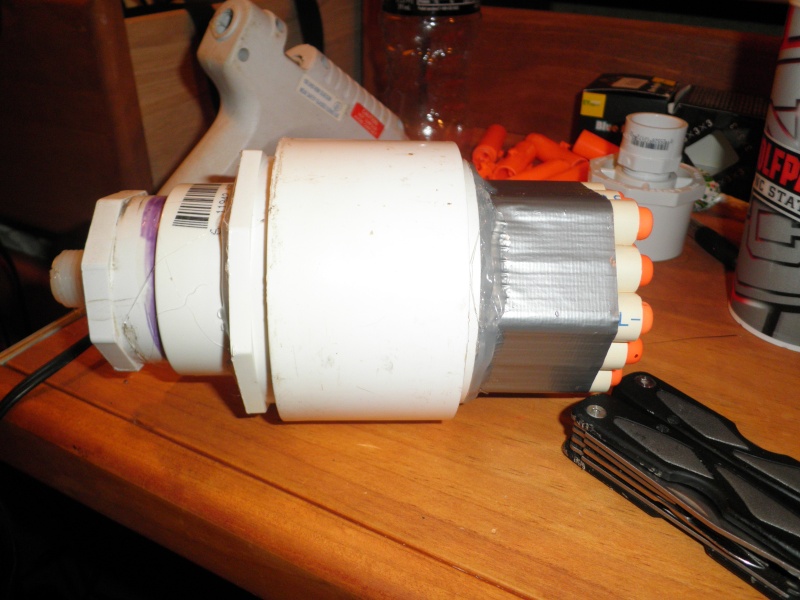 And assemble it.
You now have a 19 dart absolver
Here it is on my EPVAT 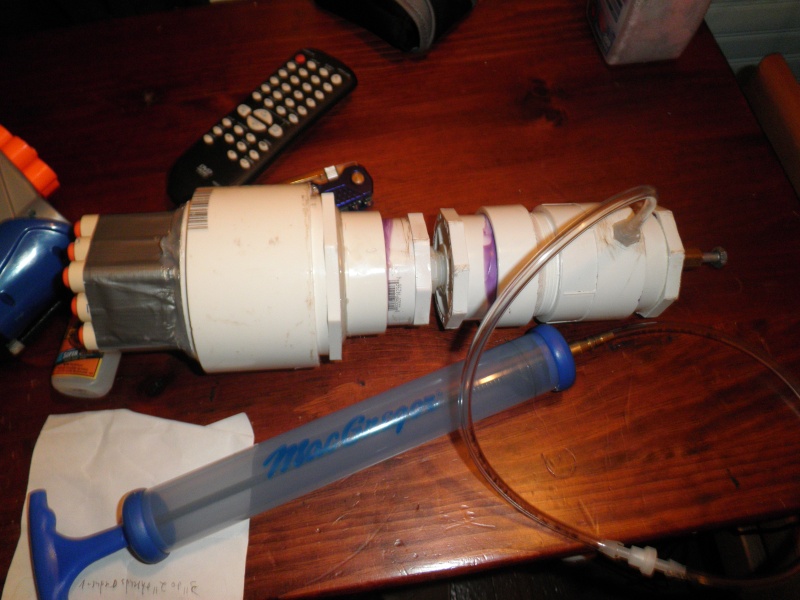 It is a little bigger here than it could be, due to me using stuff I had around due to a mistake during a Lowes trip.

I have not had a chance to range test it yet, as it's currently midnight here.

Also, I won't have a video of it for awhile. I did have one, but I then watched a movie involving an old house, cameras, ghosts, and people being killed. I thought to myself 'Hey, I live in an old house too!' and then looked at my camera. I quickly deleted the video, as I would rather be ignorant to whatever may be in my house also.
Bacara

That thing's cool, shame I can't fit one on my tripleshot (currently uses a 7-dart absolver for ranges of 45' with a 2' spread). I can see this thing being integrated very effectively as an 'oh noes!' attachment for a long range primary.
Nsnerfing

This would do wonders with a Big Blast, and Stefans.
Nerf Doctor

I'm not completely sure a 4B would be able to fire all of the barrels. I'm using it with my EPVAT, and it'll fire all of them with 4 pumps, but not 3, so it's real close to not being able to.
mister_elliott 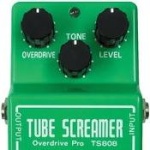 A 4b would do it WAY over pressure. How come people don't just 'shotgun' load say 3 barrels? Not hassling, just wondering what the advantages of an absolver are.
Bacara

Well having used a 3 dart absolver AND a 7 dart absolver in a war (TS with 14kg spring), I can safely say that the more darts get fired, the greater the effect. A 7 shot blast was sufficient to take out 3 people in a recent war. You may lose some range, but the cloud of darts becomes far more effective and evastating at close range. As such, a 19 dart absolver will ALWAYS hit one's target when within the required range; there's just no getting away from the kinda swarm! =P
mister_elliott

I mean with multiple darts in one barrel. My 4b when it was alive was very happy pushing 5 darts out to 70ft or so, It'd make sense that with a blocked OPV or a homemade tank you could push 15 from 3 barrels without much trouble, out to around 50ft.
Nerf Doctor

While it may put out near as many, the spread of the darts is what changes. Imagine using it in a hallway around 15 ft wide. There's a line of people from one side to the other. Your single barrel filled with 5 darts is going to hit 1, maybe 2, of them. My 19 shot is going to hit all of them. This is the advantage.
ShadowSniper

You should turn this into a tact rail attachment for primary blasters.
Bacara

ShadowSniper wrote:You should turn this into a tact rail attachment for primary blasters.

Have fun getting it to all fit on the tiny tac rail piece and not come off when you move it.
Nerf Doctor

ShadowSniper wrote:You should turn this into a tact rail attachment for primary blasters.

Have fun getting it to all fit on the tiny tac rail piece and not come off when you move it.

Yeah. Because of the pull to fire this thing, you'd end up pulling it off the rail before you fire it. Also, just to mess with your minds, I'm now working on a 37 dart absolver.
killerbunny

And I thought a magstrike was annoying to reload...
If you can't win with 37 darts your never going to win.
camo1010

I think this concept could be used to make a claymore style mine for wars. Have it set up off a trip wire.
Bestia

I was thinking bigger air tank (thinking huge)... more darts .. and a Stand to make it point at 45 to 90 degrees

I call it the Persian Mortar

Cause tonight you will dine in the shade .... of a storm of darts