Show off your home made bi-pods, scopes, and other accessories.
Guest

Now. I know how many people feel about the bipod on the longshot. However, I'm, still going to post this one.
Combine this bipod with a scope, it not only is helpful but also looks awesome. And better yet, it’s easy to make.

BTW: These pics are of my Recon before its awesome paint-job.

Since there were no bipod accessories ever made for the Recon (and if there were, they probably wouldn't be available in Australia), I started to think about making my own. Since I had a spare Recon lying around, i decided to salvage it for parts. As a result, my bipod is completely made out of parts you can obtain from destroying a Recon (with the exception of hot glue and e-tape).

I decided that the grey struts from the Recon's butt stock would make perfect legs for the bipod. I unscrewed the yellow parts and discarded them (P.S., you have to cut the struts off the final yellow part which attaches onto the gun itself). Then, you get the folding leaf-sight (who uses the piece of shit anyway). Arrange the legs so that they are flat and level at the ends, then hot glue them onto the black part of the sight. Then, just to add strength, wrap it in e-tape. Done! Attach it to the underside of your barrel extension and you're good to go!
Here are some pics: 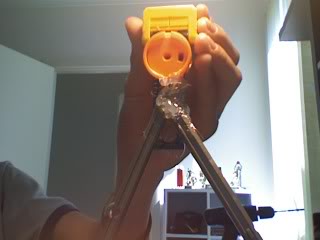 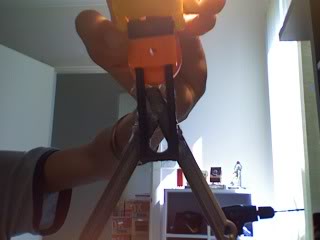 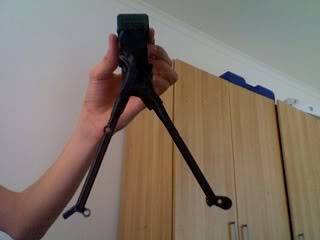 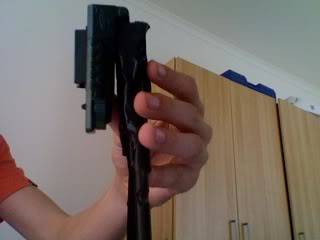 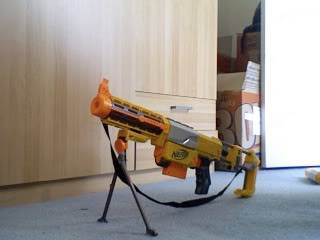 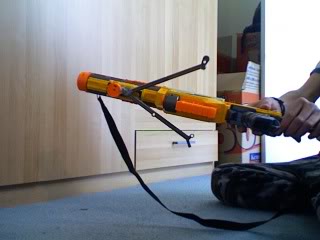 NOTE: Make sure you spread the legs wide enough so they fit when you fold them down, like in the above photo---^

this may sound stupid but can some1 tell me how to put a photo onto a post?!?!?!?!?!??i really need help,how to get the url???how to everything,,thanks guys
Sgt Stakas 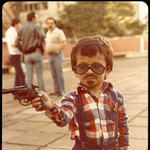 get a image hosting membership, i use photobucket, make your account and upload your photo, get the image url it will be a link but with brackets infront and behind like this [IMG]on either side

and for future reference, post your question in a topic related to your query, or make a new topic after all we cant have mods getting onto you can we, keep these boards clean
Sponsored content