Recently, me and chinnerz have been having a conversation about the feasibility of a Nerf Coilgun, and we've decided to continue our conversation publicly, so that everyone can get ideas, ask questions, etc. Here's the conversation so far:

The conversation so far... wrote:
I'm looking into making a 4-Stage Coilgun LS at the moment (the Coilgun extends into the barrel extension). If it works, then it would definitely qualify for this gametype. It'd be so funny to see everyone fire a shot at you, then spend twenty seconds reloading.
____________
That would involve quite a bit of power (like LOTS!!), a large capacitor bank, lots of batteries, make your reload time at least 2 mins, make your gun super fragile, would involve using a metal/semi metal dart, can may hurt someone quite bad! Did i mention one short circuit and your gun becomes a fire hazard??

Well hook the gun up to 2 dozen 12v RC batteries in a backpack, mount all the technology inside a foam casing inside a metal cylinder, and I'm obviously gonna give it an auto-shutoff system in case of short circut. Plus, a steel fishing weight inside a stock Streamline and bang - 160 or so foot range and able to fire about twenty magazines without reload. AND really easy to cock because no need for extra springs. It'll take a two years or so, but once done, I will have the world's most devasting Nerf gun. Also, if it works, I might be able to do a couple for other people, albeit at a high price... that said, I have no idea if it's going to work yet, or if I'll even be able to get the materials.
____________

ow thats going to be massive! Unless your 12v RC batteries are a lot smaller than mine.
Also its not the battery I'm talking about, have you seen a large capacitor shorting?? I shorted it on a metal ruler, it looks like 2 spot welds! One of my friends copped one to the elbow, burn him. Absolutely annihilated copper wire leaving one a few strands and a big black mark on the table. This much power will propel a dart 2 meters?? or at least in a 1 stage coil gun didn't embed a nail into cardboard at point blank! I'll see if i can find out how many farads it was.

Also, caps don't like being shorted out, so they may have a poor life (high running costs)

, it would be massive. But also, you could adjust range by controlling the power flow.

__________
yeah that was something we knocked up in 2 hrs. tried to get the least resistance but it was stupidly weak. if you want to get 100-150 ft, I would recommend going pneumatic or combustion. Although that AJ doesn't like me talking about making stupidly powerful guns,, so dont say you got any ideas from me Razz Razz
__________

yeah LOL, (although that would mostly decrease charge times, piling on caps will make it stronger..... ahh you should see what happened when i added 3 caps onto a flash circuit on a camera.... the results were surprising to say the least Razz Razz good times....)
__________

Okay, remind me to pile on more Caps. Also, that would have been funny with the Camera... Anyway, as far as I can see, the only issues would be the weight (the gun alone would be about three times as heavy as a Vulcan, and the batteries... well, I wouldn't be going anywhere fast. And the fact that I'd only be able to fire darts once or twice before they became magnetised. Oh yeah, and how I'd stop the electromagnet ripping all the screws out of the gun...

This rly seems like a discussion to have publicly, as i think you will get a better answer/ others may get their questions answered.

But i think you should be ok with the screws at the back of the gun, maybe you should get some plastic screws, or come up with a way of gluing the shell together.... but then it will be hard to fix anything if it becomes damaged/replace caps when they stop working...

i have held some wooden projects together using wooden dowels, maybe if you made a fiberglass/epoxy base and used wooden dowels.....

Or you make the whole gun out of wood and cardboard, not packing card but thick ridged ones which you get from art shops. IDK man, there are a few ways to do it, you will just have to see what works best for you.

_____________
A potential way to stop the screws being pulled out is to give the Electromagnet a lead casing, containing the magnetic field inside the casing

If anyone has ideas, questions, flames, etc, post away.
Chaos-Blades

My spidey-sense is tingling... could it be... SARCASM?
frawft 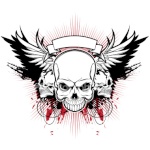 Oh dont forget the slight issue that if it hits something its going to FUCKING CANE!!!!
kingkottah

So your basicaly making a Gouse Cannon (De Gouse's cannon basicaly lanching a metal projectile and using magnets to push it along) of nerf?
chinnerz

I think you'll rip the BB out of the dart long before you get it to fire at great distances.. even if you have a barrel with 0 drag (impossible) the sudden acceleration would most likely do it, nothing really bonds wel to FBR, shit my triple shot shoots the tips off stefans..

Doubt this will get finished. But eh whatever

-Aj- wrote:I think you'll rip the BB out of the dart long before you get it to fire at great distances.. even if you have a barrel with 0 drag (impossible) the sudden acceleration would most likely do it, nothing really bonds wel to FBR, shit my triple shot shoots the tips off stefans..

Doubt this will get finished. But eh whatever

But it sounds very interesting, if you did make it work, it could be a finicky depending on the system but very good luck with it.
Reaper

You see, I'm gonna be using stock streamlines with steel slugs in them. Therefore, it's being kept in there by the rubber tip, which is far stronger than FBR. Only issue is, it could be easily converted to fire steel bullets, and it given that the bullets could be about 14mm and it would have (for a Nerf Gun) MONSTROUS muzzle velocity (high enough to kill someqone with a bullet), it would be illegal, because it would be classified as a high-caliber rifle.
Snoopy

Yeah, legality issues to deal with as well.
Also coil guns heat up, the copper coil heats up in high powered guns, so rapid fire may not be plausible, unless the gun was weaker, i.e. less current passing through or larger gauge wire to reduce heating.
And then you also got to factor in the charging time to power up the capacitor, some take as long as a few minutes to recharge while others a few seconds, but this is dependant on the size of the capacitor and the power supply, namely batteries for portability.
Cool thing to note though is that you basically have no barrel, well you do but its also apart of the coil system, and you don't need it to be airtight at all, since it uses electromagnets to suck the metal weight towards it and not forcing any air through or anything.
Chaos-Blades

I certainly hope that IF you can get it to work properly, that you don't use it in a public place. A guy I know got his homemade springer confiscated because it was made of metal.
The police argued that he had the ability to construct a firearm.
Reaper

You see, I'm going to have two coils in the actual Longshot and two in the Barrel Extension, so I actually have a two foot barrel two mount my four-stage coilgun in. And most of the exterior is still going to be that of a Longshot, just with some Aluminium running along the side. PS, I haven't actually gotten started yet. Chinnerz, would you be interested in doing this as a joint project? You do the Barrel Extension coilgun section, I'll do the main gun. I'm still not sure when I'll get started though, as I'm planning on building a proof-of-concept, dual-stage, metal-firing coilgun just to see if it's actually feasible (and to get an idea of the power requirements, etc). If we did do it as a joint project, I could mail it to you whenever you wanted (correction: when you were ALLOWED) to use it at a war (I live in a different state, not naming which one. I don't give out personal details online, ever).
Sponsored content