...Ok, so I had this idea to single a Maverick and replace the space for the turret with a speaker system. It would have a connection cable running out the side so you can plug an iPod in and listen to music while rushing. The speaker would be housed inside some large PVC. A volume dial would be accessible from the side. Lastly, it would be battery powered and you would be able to replace them.
This may be a bit over-the-top, but I think it would be a cool display gun.

Just a crazy idea I had wile listening to my iPod while doing some target practise...
TheBradl3s 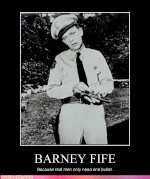 I actually modded the rear of my Firefly so that it will hold my iPod Touch (in a case) where the extra dart holder is with room for the speakers on the other side! It works really well and it hasnt slipped out ever! Its pretty epic for blasting people while listening to Halo soundtracks or Gears of War and such! lol
Sponsored content