Ahem, yes well nice to get on the forum. I found it last night after reading a story somewhere about a modded Nerf gun.
Anyway I'm officially blaming you guys here now, as when I found the forum I had never purchased a NERF (or any such foam dart gun) weapon and now I have 4.
Maybe I should say thanks instead of blame I've found a new hobby.

Last night I rushed out to Kmart at around 11pm and got a Maverick. After two rounds fired and 2 hours passed it had the ARs removed and the barrel flip out mod done.
This morning I went out and got a Longshot and 2 Alpha Troopers.

Anyway I should add I found a couple of other sites/forums too but this one had me sold. At first I was worried you might be elitist grammar nazis but after lurking around I found you were helpful guys with a grammar fetish. I said Grammar not Grandma....

Hope to get some help with a few things and I have plans for some sweet paint jobs I hope you'll like when I can convince my mate to help me.
I love modifying things and that's really what interested me enough to make the purchases.

Nice to be on board on the board.
clunk07

Hope you enjoy your time here. 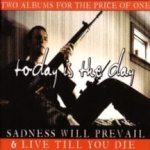 Haha sounds like you got bit by the nerf bug the same as me. I started out with a maverick too and less than an hour later i was back at kmart spending $200.

Anyways good to have you on board.
Psykka

Hey mate, welcome to the forums.