Forgive me for the terrible title. I just don't have another name for this mod idea.

So, I was thinking of doing a brand-new type of mod. Modding a nerf gun, so that it shoots the shooter. I know that may sound stupid, but if you think about, it's not. How many times have you wished that the guy who is about to shoot you's gun just shoots him in the face?
Hopefully, if you guys like this mod and I bother to get it done, that can happen!

I wanted to use the reflex and the secret strike for this mod.
I would use the reflex's shell, and integrate the SS into the top part of the Reflex, under the cocking slide.
The first user would have to prime the SS, then leave the dummy Reflex on a table or something.
The second user (or loser user) would then take the reflex and keep it with him. When he wants to shoot the blaster, he would probably take it up to eye's height so that he could aim, and there would be a little thing(like a bar or a wedge) on the inner part of the cocker slide, that would trip the trigger on the SS, shooting the dart out of the back of the gun and hit the loser user in the face.

I just wanted to see what you guys thought of the idea, and please give me some feedback and improvement tips. PEACE OUT

Sounds like a fun idea. Not really that useful in wars but maybe for a bit of fun? As for improvements, we'd have to wait until you actually start on the project because there isn't much to say. My concern is if there is enough space in the Reflex for a SS.

Hope you get it done and upload a video of it in action!
tdudey123

Yea, I was worried about the space too. I think dremeling a bit of it will will hopefully let the SS fit in. If not, out comes the table saw lol.
TheBradl3s

I took the liberty of spacing the paragraph so its air to read.

Anyway, on topic. Funny idea yes... Dangerous.... <Censored> YES!!! If you do do this, keep the SS stock so it doesnt like take their eye out with a Stefan or something.
Interesting concept, but not really practical. 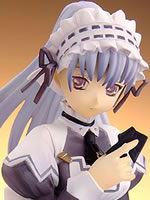 I don't know about the idea...
I mean, something's not right, if you're aiming a Reflex and the exposed plunger piece looks like a dart.

Unless you end up modifying it to fire the plunger piece off (highly dangerous: hard plastic) into someone's face.

Personally, I'd prefer if an inflatable boxing glove came out the back and sock them right on the kisser.

On a side note, I'd like to see someone put this off with a carton of Reflexes.

I'll give you an internet cookie for naming either of the references...
melbnerf619

if you can make it i'll buy 10 of them
TheBradl3s

Your kidding right? Why would you want so many?
*sigh* Kids these days...

Since most people I've asked say it's worth doing, I might as well do it. I'll have it done within 1 or 2 weeks, with pictures.
Mozart

Hahaa, Brad. Man, he must be high.

Maybe worth doing for shits n giggles, but it's completely useless. You'd see the dart sticking out the back, anyway.
ElementGuy

You could say it's dart storage.
Mozart

Right.. 'Hey man, shoot this gun. Nahh, I know it's really small, only really room for one dart in there. That one pointing at you is just storage. Yeah, the one where the plunger tube goes, it's just storage.'

I thought of a similar idea, a (real) rifle that has a gun in the stock, that shoots the user in the shoulder, and disables the main mechanism when it receives a signal. Has anyone else thought of using a really thin layer of wax to disguise the dart.
Mozart

If you absolutely have to do it, you'll be better off using the cap on the back of the plunger tube as a little door, with a weak tortion spring as the hinge.
bulletproofvest

Mozart wrote:Right.. 'Hey man, shoot this gun. Nahh, I know it's really small, only really room for one dart in there. That one pointing at you is just storage. Yeah, the one where the plunger tube goes, it's just storage.'

Yeah, but you let your mechanicly- disminded (If that's a word) friend shoot it. Stick the tip of a suction cap dart on the front so he/ she will think it's loaded.

I like the idea... but would have to make the Reflex still useable from a different trigger or something...

Pronga wrote:I like the idea... but would have to make the Raider still useable from a different trigger or something...

This thread is about modding a reflex not raider...
Pronga

Pronga wrote:I like the idea... but would have to make the Raider still useable from a different trigger or something...

This thread is about modding a reflex not raider...