Can you make it?

Hey all as we all know it is the forthcoming of the Spring School holidays and that means 'WAR'
The day of which this war falls on is LABOUR DAY, meaning no WORK FOR ANYONE thus heightening avaliablity.

Now for the usual sh!t u have probably already read but i have tweaked

Whether I call myself an "admin" or an "organiser", my job is to arrange a day for the war and try guide participants through games, that said, I am always open to suggestions and happy to have others come on board to run games. I am an easy going person, but I like having "somewhat" organised games
If you are hit by a dart in ANY part of the body, you are OUT. Call out "HIT", like paintball and return to your respawn point.
If you hit someone and they continue to play, call them out.
Don't cheat in general, it's a game of tag.
Don't argue with the person who calls a hit on you.
Report to one of the organisers about a possible cheater and we will monitor them to see if they continue to do so.
Eye Protection is a must, you only have two eyes, try to keep them intact!
You are NOT allowed to pick up darts when you are dead or ‘tagged’. You can pick up darts when you are alive.

Weapons:
Melee weapons are allowed If it is able to be swung as hard as posoble without any kind of damage to the "receiver's" . If you are to meet or sneak on a player and you have no weapon, just place your hand on there shoulder to say NOMNOMNOM(the sound of eating brains)or anything else signifying that you have 'called them out'.

Plugged weapons are looked negatively upon.
PURE MATTE BLACK is not allowed due to common sence, yet if it is detailed with other colours and not some what realistic from 40 metres away then yes it is allowed.
Use common sense when considering engagement distances, don't fire point-blank to the face or neck.

NOMs: Since this finishes at 4pm, you have the option of eating beforehand, or I could arrange pizzas or a takeaway run. Post your preference. More details: My car is your foot locker, as long as you dont leave it dirty and/or broken, you're welcome to leave any of your gear (including valubles) in it, I'll lock it while we play games, but honestly, NO ONE goes where we are and we're playing quite close to where the car is parked. Speaking of food, there are takeaway joints just up the road.


NOW AN NEW GAME TYPE,
Its Vortex v N-strike in Invasion Slayer (Obviously that from Halo:Reach)
In which the N strike team are Spartans Vs the Covenant's Elite of which are weilding new never before seen weaponry, these being the Vortex range.

After those five minutes then teams are allowed
N-Strike Recons, Longstrikes, Alpha troopers Deploys and LS' which fire under 65'
Vortex Praxis', TS (under 80'),

Any who,
Hope to see you guys there

hm yeah.. might go... if I'm not in Canberra then.
dandaldaks

Is my Alpha Trooper fix'd?
dandaldaks

I am trying to locate a similar O-Ring to the AT's, my Grand father worked At a ball bearings company and Has F-loads of them but the thing is there are so many, I have went through 3 crates allready :P.

INteresting might come, any age restrictions? Can my cousin that 11 come?
How many people coming?
Akimbo Assassin

Hey dandalaks, there is another war being held over at Bass Hill, western Sydney on the same day. We have to decide on which war to attend.
dandaldaks

Ungmon wrote:INteresting might come, any age restrictions? Can my cousin that 11 come?
How many people coming?

No age restrictions, I aren't one to jump one the little ones since that would 1. be unfair and 2 be discrimination, so can be from 5 - 120 to participate.

Your cousin should definitley come since the more the merrier is very much the case in Nerf.

I am uncertain of the exact numbers at this stage but will propably be around 10 upwards.

And to Answer eddie's comment with a question, Who is the organiser, is it the one which was on in September?
-mirsho

If I were you Dan, you should just combine with the other war - it's easier for everyone. And there will be a bigger turnout too. Also, the other location is pretty freaken awesome too !
Ungmon

-mirsho wrote:If I were you Dan, you should just combine with the other war - it's easier for everyone. And there will be a bigger turnout too. Also, the other location is pretty freaken awesome too !

Which other one?
Kat

Can you post the link I cant find it
Xoenz

Deciding on this one or bass hill. Bass hill is much closer, so i will see what happens.
longstrikeguy

Ill be there Dan. Just like old times. Thanks for organizing it. I haven't really had time lately to plan one myself.

Does anybody that's coming have any spare petg i could please buy.

BTW, I can help organize the games if u wish.
watchadoin 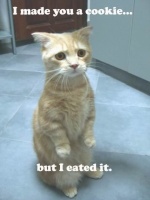 Hey guys i might be able to come.
Ungmon

Added a poll for everyone to partake in
dandaldaks

Getting everything ready for tomorrow
Can't wait!
longstrikeguy

But im still coming with one friend.
Ungmon