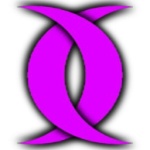 It has come to my attention via a number of sources that for some reason, people are STILL engaging in forum warfare, most notably between members of Ausnerf and Oznerf. Westnerf desrves a mention as exclusionist, but not antagonistic. I would personally appreciate it if members of all forums would cease discriminating against each other. There appear to be a significant number of false accusations flying about, notably those of being "trolled by forums", "modifying of accounts" and similar. Now, obviously, some of these accusations are going to be true. I know from personal experience that certain moderators see fit to pursue personal agendas above the well being of the nerf community. My original account on Oznerf was banned and deleted after I conclusively disproved the theory of a "moderator" in a discussion. Seems pretty petty, but there you go. I also know that members on Ausnerf have an ongoing agreement to let friendly trolling stand unhindered. It's banter, and I know I personally did not ever draw myself as superman, yet somehow my profile picture has changed to it. I'm pretty sure someone else had their avatar changed to an exceedingly flambuoyant TARDIS. It's not important. There have been ZERO instances of any account being maliciously altered. It is this simple.

I use all three forums, as do many members of each, and I would appreciate it if all members would cease making rash or false accusation, cease antagonistic behaviour, and just get along. Really. We're all of a teen or adult age, I have no wish to see people bickering like children.
Luke

The reason this post has been placed here is that certain well known trolls of the various forums have been trolling across the board, and persons following various agendas for unknown reasons have elected to place the blame for such events on the admins at Ausnerf. Frankly, they don't care, and I respect that position well enough, however on behalf of the AN boards as a whole, I am stating the admins and moderators at AN have undertaken ZERO action to troll this site. To be honest, some of the accusations being levelled across the forums make absolutely no sense, and smack of propaganda more than logic. Hence, I would appreciate it if rather than making rash, false accusations, when you see a troll, BAN them. Don't come up with some bizarre logic trying to link them to someone you dislike, just BAN THEM. This is nerf, not politics, and backstabbing policies are not acceptable unless the knife is made of foam.

Why do I never notice things like this? I HAVE noticed some bitchiness, but I didn't connect it with some sort of Oznerf-Ausnerf war.
Rictus

I don't believe there's EVER been an AN/ON war. This trolling business seems to be recent, is ocurring on both forums to some extent or another, and if you want to check who's doing it, it's pretty easy to go look in your chat box or read your forum threads.

For those fortunate enough to miss out on politics, most "bitchiness" you'll find on either forum is residual fallout from when the majority of the highly active members left Oznerf to move to the then new Ausnerf site. Frankly, that was months ago and it's sad to see that some people still hold grudges over nothing.
clunk07

This is old news really.

Nothing has been brought to my attention, I'd even completely forgotten about AN.(being from a Northern State)

Locking this, as it's gonna spark something that as far as I'm concerned, is over and done with.

Admittedly, if there's any trolling going on by ON member's on AN, I'd appreciate it if: