Okay, so I needed my shotblast tank for another mod. Seeing as I'd already added a raider magwell and LSFG trigger grip (identical set-up to Unknown's - https://oznerf.forumotion.com/t2979-super-soaker-shot-blast-write-up) I didn't want the blaster to go to waste. Upon closer inspection, I decided that a Titan tank would fit.

Really not much need for a tutorial. Following Unknown's guide pretty much covers the major elements. I replaced the stock pump with a Schwinn bike pump, used a 20mm conduit/petg breech, and some petg nested inside 20mm conduit for the barrel, mounted inside a spectre suppressor. Barrel length is approximately 40cm.

Angled range of 400ft approximately. A bit less range than the Titan Pegasus, and seems to favour a slightly lighter dart weight. All to be expected with a shortened barrel though. Takes about 9 pumps to fill the tank, as the stroke is rather small. 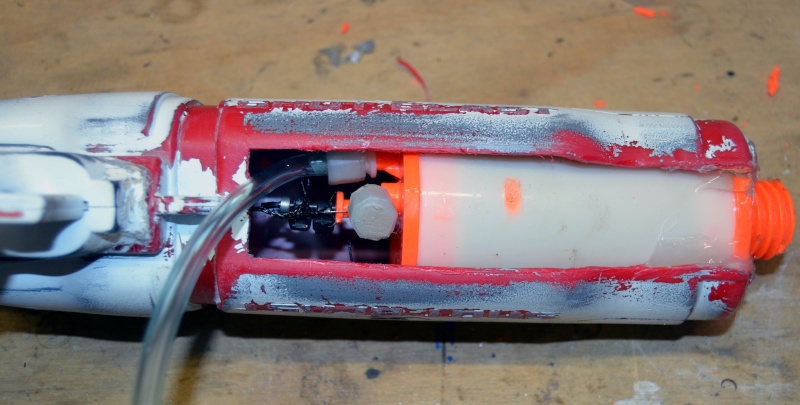 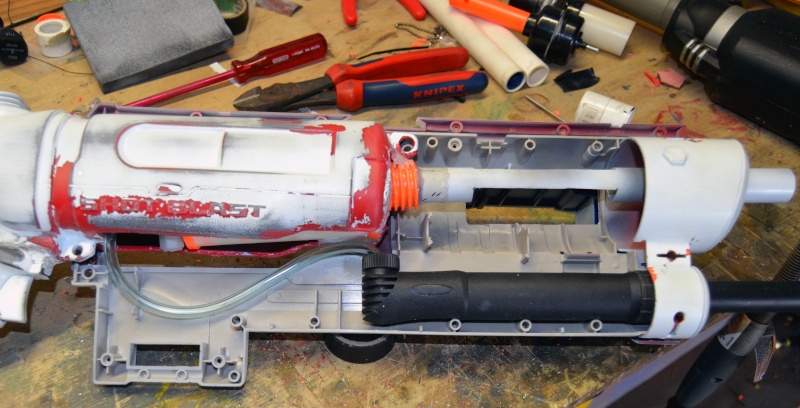 Ready for prep and paint

Broken down in to pieces 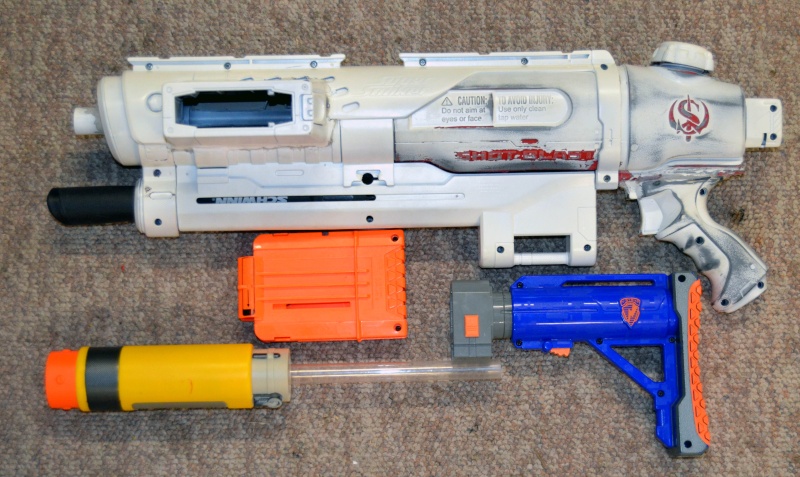 wow, just. wow. do you do commissions on stuff like this? im sure people would go for it.
I would.
good job man.
clunk07

I'm stepping away from commission's at this stage, but may venture back in to it at some stage.

Slowly making progress on the paint...

Just realised I never posted a pic of the finished product...