What's your beef with snipers? 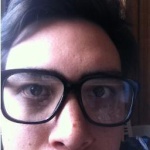 What's your beef with snipers?

I've seen a lot of hate directed at the concept of snipers in a Nerf battle,
Generally being referred to as "losers".
I think it seems that a sniper can have their place in an army.
But what do you not like about it?

Is it Unsportsmanlike?
Most Nerf blasters' general lack of range and accuracy to be an actual sniper rifle?
Hard to retaliate against a long range foe?
Every kid on the team wants to be a sniper?
Sanchez

I think it is a fair few of those things, mainly because there is no point in "sniping" when basically all the blasters you will see at a war have similar range so it defeats the purpose of trying to strike while your target is unable to hit you. That's just my $0.02.
I think this sums it up pretty well: https://www.youtube.com/watch?v=fButm1XiCWU
Jeo

Every kid wants to me a leet sniper.
You don't have the range or accuracy to actually do it.
Therefore people will make fun of you.
Point_of_Contact 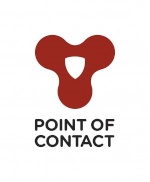 It's funny, because the definition of "sniper" in the fifth edition of the Macquarie Dictionary, sniper is defined as "someone who shoots at other people from a concealed OR long-range position."

If going purely by this definition, sniping could be effectively executed in nerf, as all someone has to do to classify as a "sniper" is shoot at someone from a concealed position.

This reasoning is taking the dictionary meaning completely literally, and ignoring that the general consensus and practice of sniping is long ranged, completely useless in nerf. Also, sniping can be seen as cool by a certain demographic, and then become the "class" of choice to those people. With so many "snipers" the quantity of good game play is dramatically reduced (think of putting 18 Full Forwards on a footy field at once).

Also, nerf is not about simulating wars exactly. We don't have medics running around hauling people of the field when they are hit, or men digging trenches and setting up cable lines for communication. Why do we need snipers, they add almost nothing of any value to any nerf situation. We don't need snipers, and we don't want snipers in nerf.

Anyway, who needs to snipe when you can rush though!
Sanchez

I think another factor is that when all blasters fire around the same range, there is no point making yourself immobile in a concealed position when you could do the same damage when you are moving around.
stoph

Taken some of my favourite shots in wars from long range, including one epic nutshot from one side of a gym to the other on the start whistle, and a shot that lobbed at least 130ft before hitting its target straight on. There's definitely something satisfying about it - the shot has to be well timed, aimed, and a little luck for good measure.

Is it unsportsmanlike? I dunno, it depends on your personal playing style. And if you're unlucky/slow/silly enough not to be in cover and allow yourself to get hit by a long range dart, it's kinda sour grapes to be making a fuss over it.
cfb_rolley

I dont really have any beef with nerf snipers but as said before, there's not much point if It's a stock war or if everyone has similar ranges and playing field.

But, it can be really fun and challenging when rolled in to some tailored game types and role play. A few private wars I've been to often involve a game type with 2 snipers v 6 others, where the snipers will defend from a balcony with stairs with modded longshots or something, while everyone else uses a more fast assault type blaster. It gets interesting because there is a range advantage but you can be over run or flanked from the stairs. I can tell you it is pretty fun for both sides.

Regardless of whether a nerf gun is pinpoint accurate or not, there is a little more to having a range advantage than snapping people square in the face too, if you're filling a long range role and have that range advantage you can use suppressing shots to be menacing for a variety of reasons. You can fire to block off a pathway or, to help clear one for your team.

But anyway, nerf snipers cop beef for trying to snipe without having a range advantage, but I feel they sometimes cop beef too much from some people that dont really understand that in certain circumstances its both fun and useful.
Sponsored content