How I do My Nerf Mod Vids

How I do My Nerf Mod Vids

Some of you have showed interest in my Nerf mod videos, more specifically in my video production. Here's my basic set up. 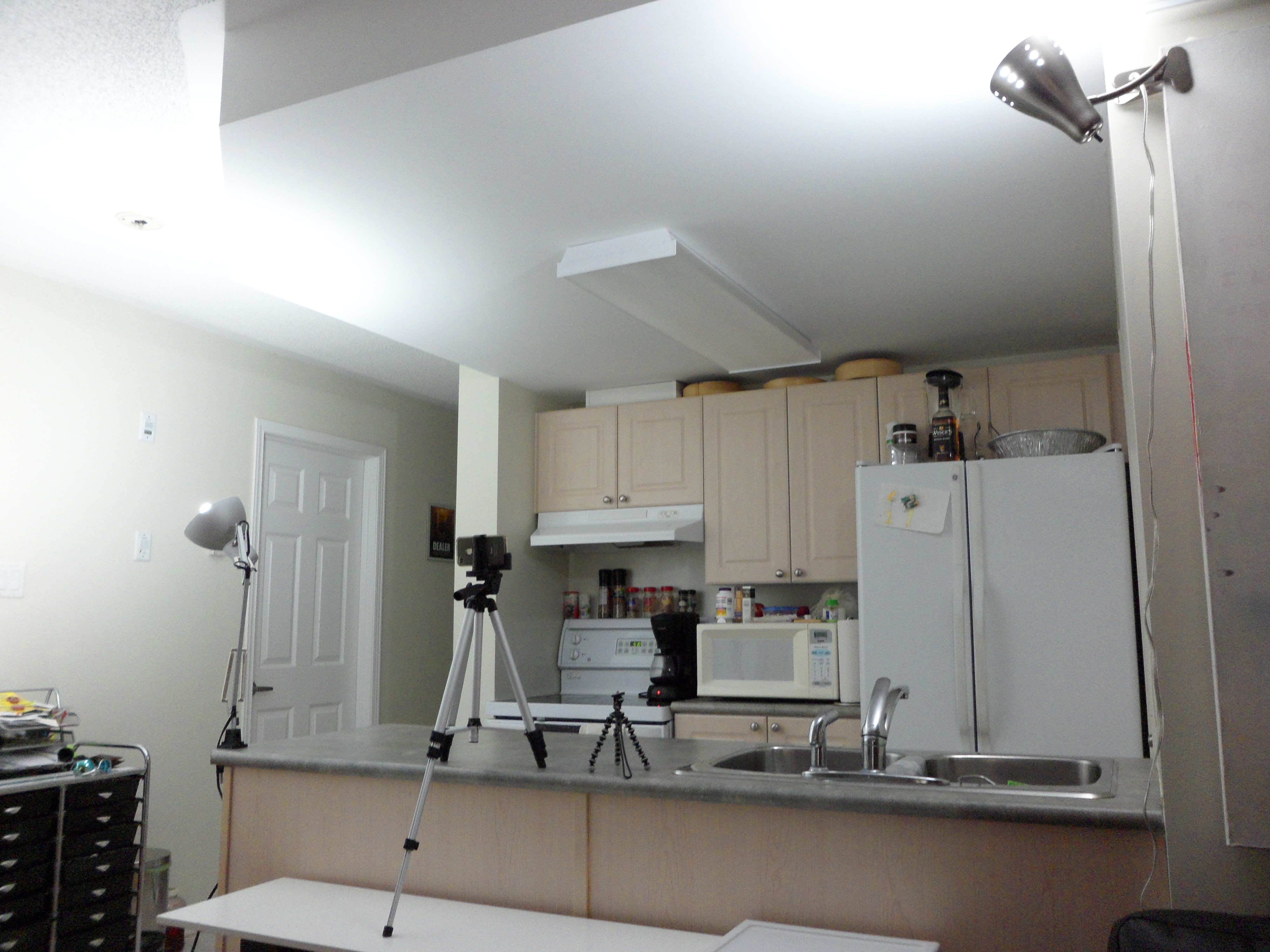 All my videos are filmed at night but I light it as if it were day (I do have a day job). I do this because psychologically, you the viewer are made more alert because you 'feel' like it's day. You'll be more apt to watch the entire video (entertainment value aside).

Many of my videos are shot over several days. For example, my Octo-Shot Tutorial videos, took 3 and 4 days each, respectively.

You'll notice I only use 2 lights but they're 'not' directed towards the action but at the walls and the cieling. This gives a soft, diffused light. In other words, no harsh shadows. Note the shadow of the handle on the fridge. The actual light bulbs themselves are 26w -150w equivalent, daylight, fluorescent bulbs. They each have a light output of 2000 lumens at 6500k. They can be found at Home Depot for around $14 each. Yeah they're bright! Don't look directly at them.

I'm aware you see the fluorescent lights right above the action area. Those are very unattractive lights that 'ring' on camera. Also, direct top light is not attractive to a subject. It gives them dark shadows over their eyes, nose mouth and neck. It can be attractive but gives a very overly dramatic feel. Very unnatural. Plus, it shows wrinkles and blemishes more. 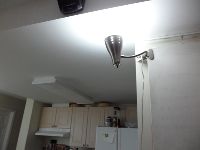 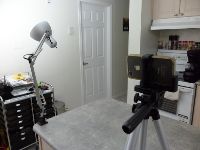 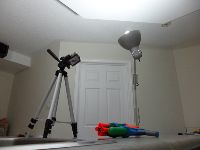 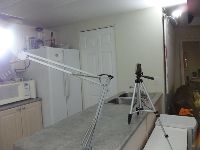 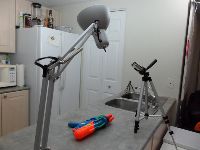 The light near the ceiling is fixed. I never move that one. But the one attached to the counter gets moved (swung, as the term is on set,"Swing the light!") quite a bit according to the shot. Sometimes I'll point it towards the ceiling, sometimes higher, lower, out towards my living room. Which ever angle makes it seem like it's still day and the same time.

Even though my videos take hours and days, the lighting looks like it was done as if no or little time has passed. ie. the sun never seems to move.

All my videos to date, including my Massacre 6 promo Countdown vid, were shot entirely on my iPhone4! That's right a dinky little camera phone I've recently bought a new camera but I haven't made a video with it yet. These photos are from my new camera. 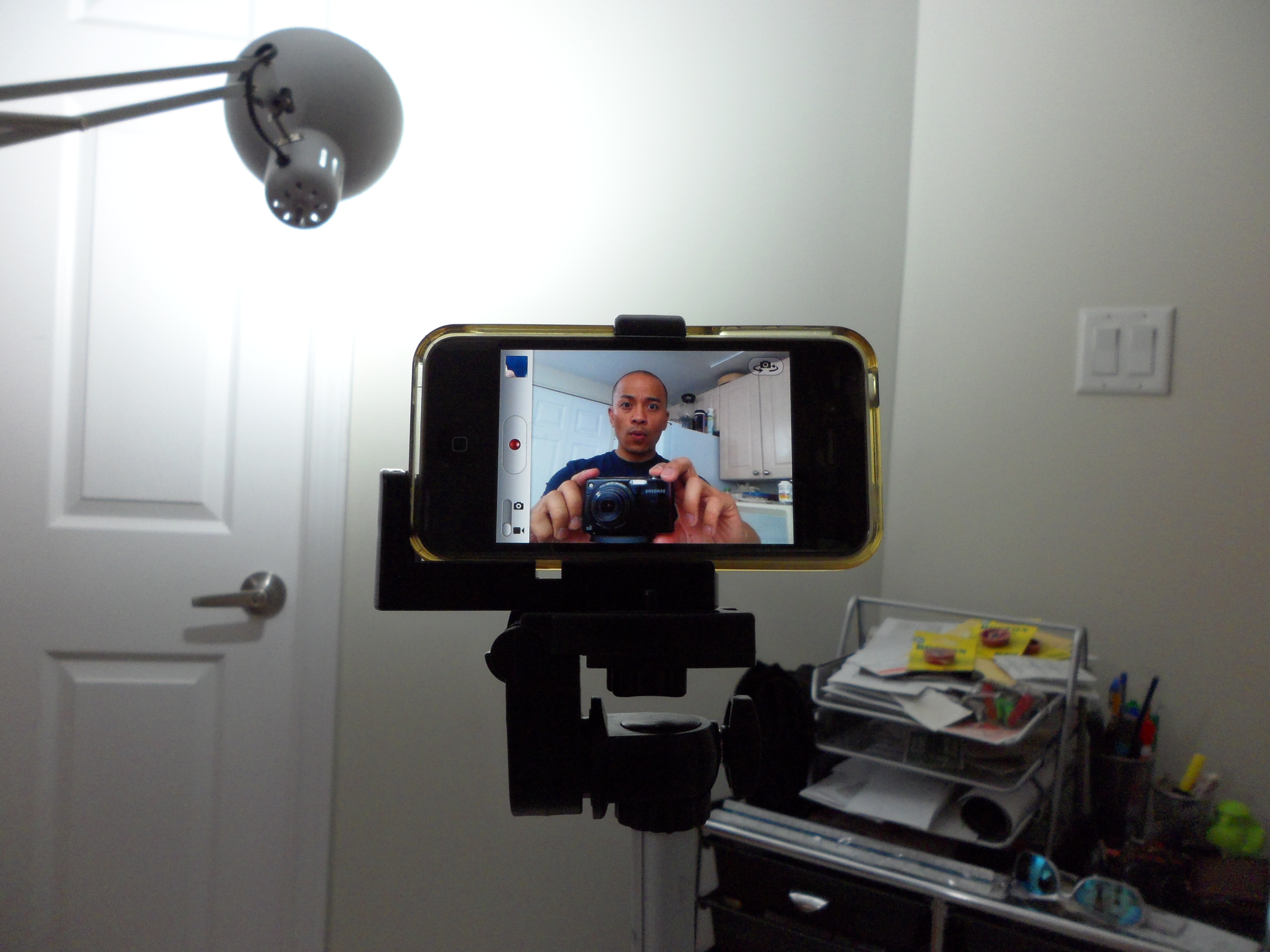 In the above photo, you can see how the lighting plays off the wall to make it look like daytime in the viewer of my iPhone... That's my new camera too. Haha. 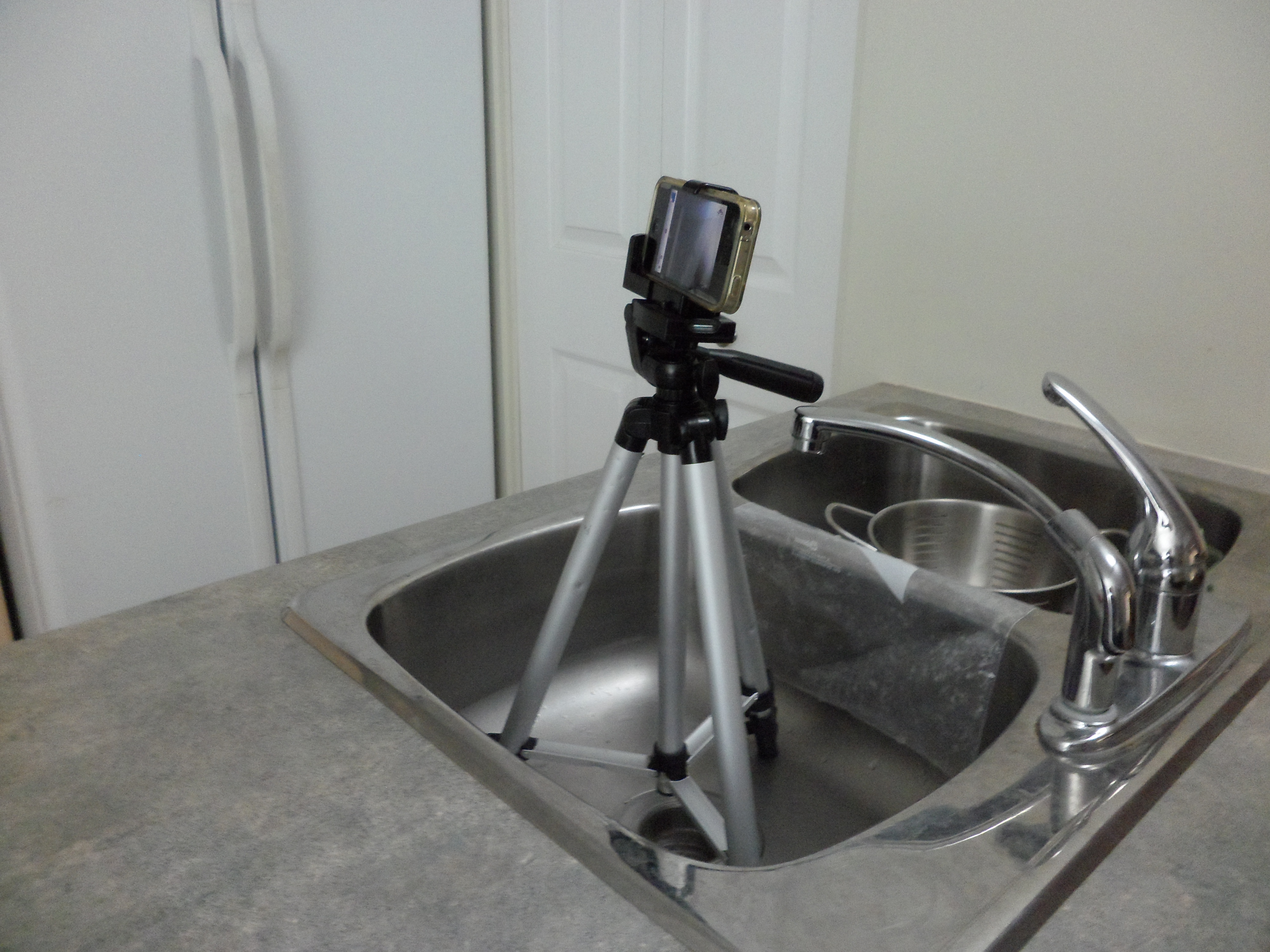 The cheap $9 tripod can be moved around and adjusted anywhere. But I'm very careful about not breaking the 180 degree rule. Notice you never see my living room during the mods.?... 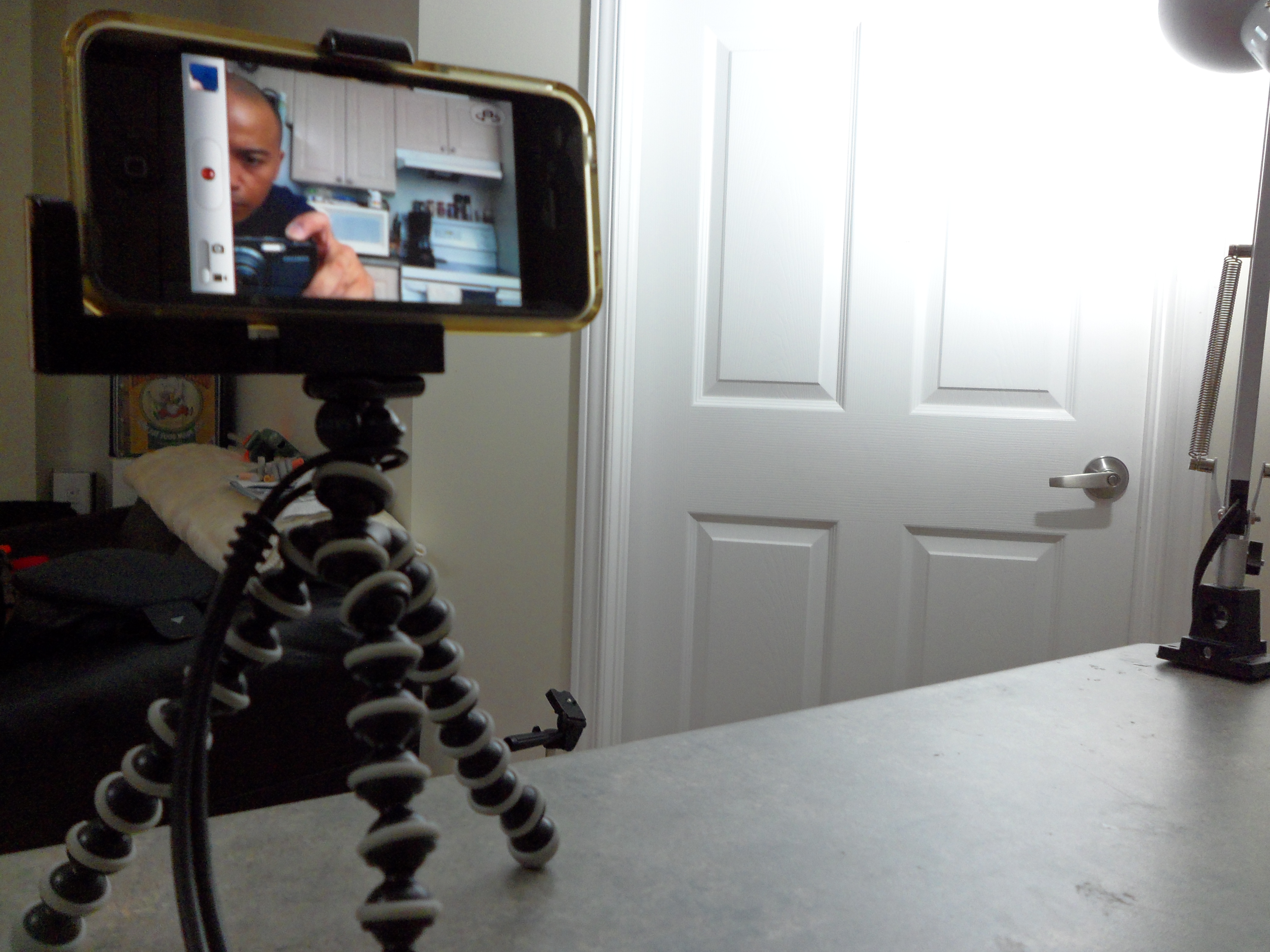 I also use my Gorillapod when I want to get 'really' close to the counter.

I actually shoot one long take from one angle. Mistakes and all. And repeat for another angle. That way I can chose interesting angles and cuts. The 'JUMP CUT' style editing allows for me to make mistakes. Trust me. I make A LOT!!!.

"It all gets fixed in post". (As an editor, I can say, we hate when people think and say that! But in this case, it's true.)

Here's where the real magic happens! 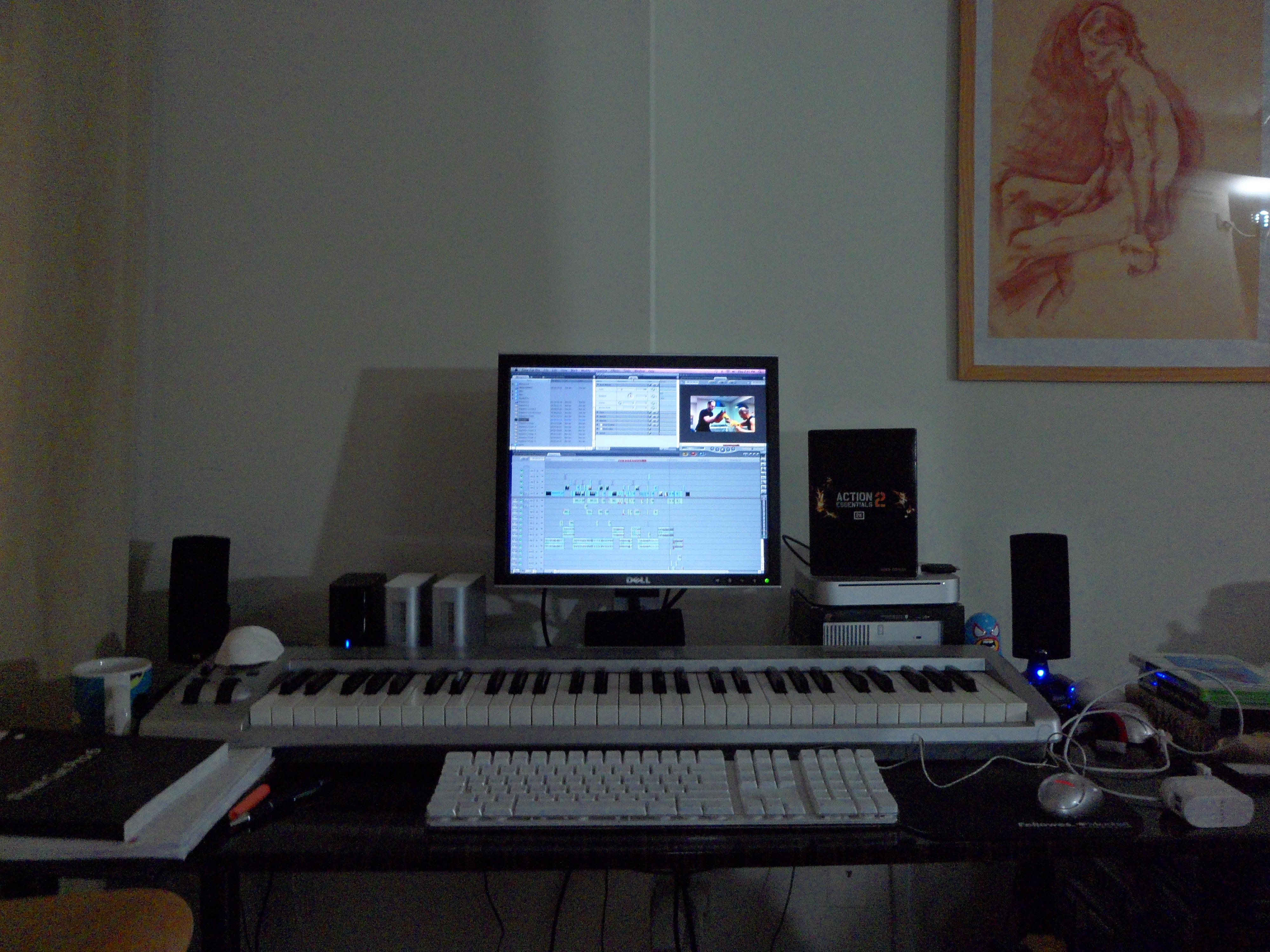 I use Final Cut Pro on a Mac Mini. Final Cut Pro ROCKS!!!! It's better than everything else I've used, imho.
For those of you in the know, that is the 'Action Essential 2' DVD FX pack sitting on top of the Mac Mini. OH YEAH!!! Expect FX in my videos in the near future. 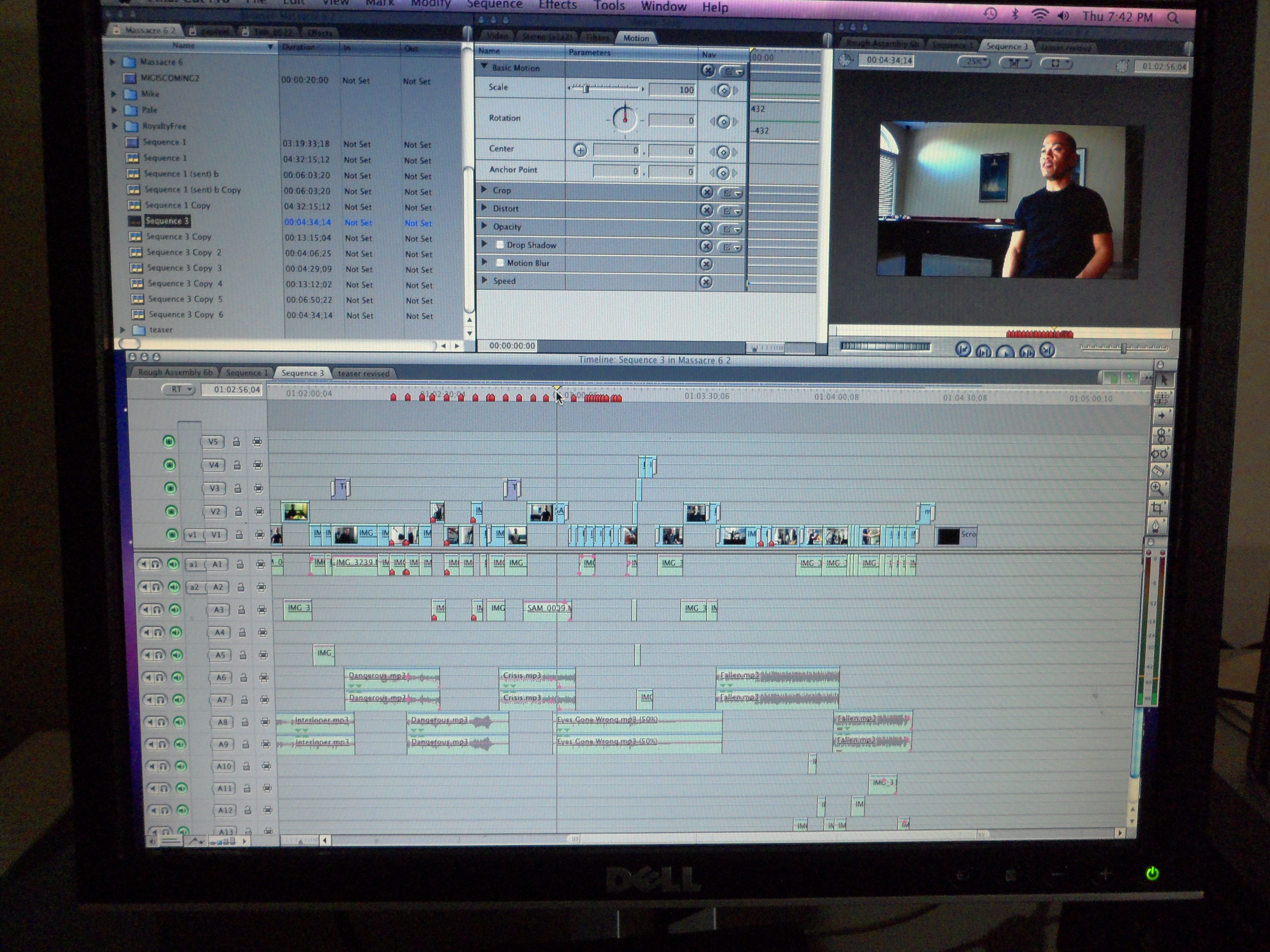 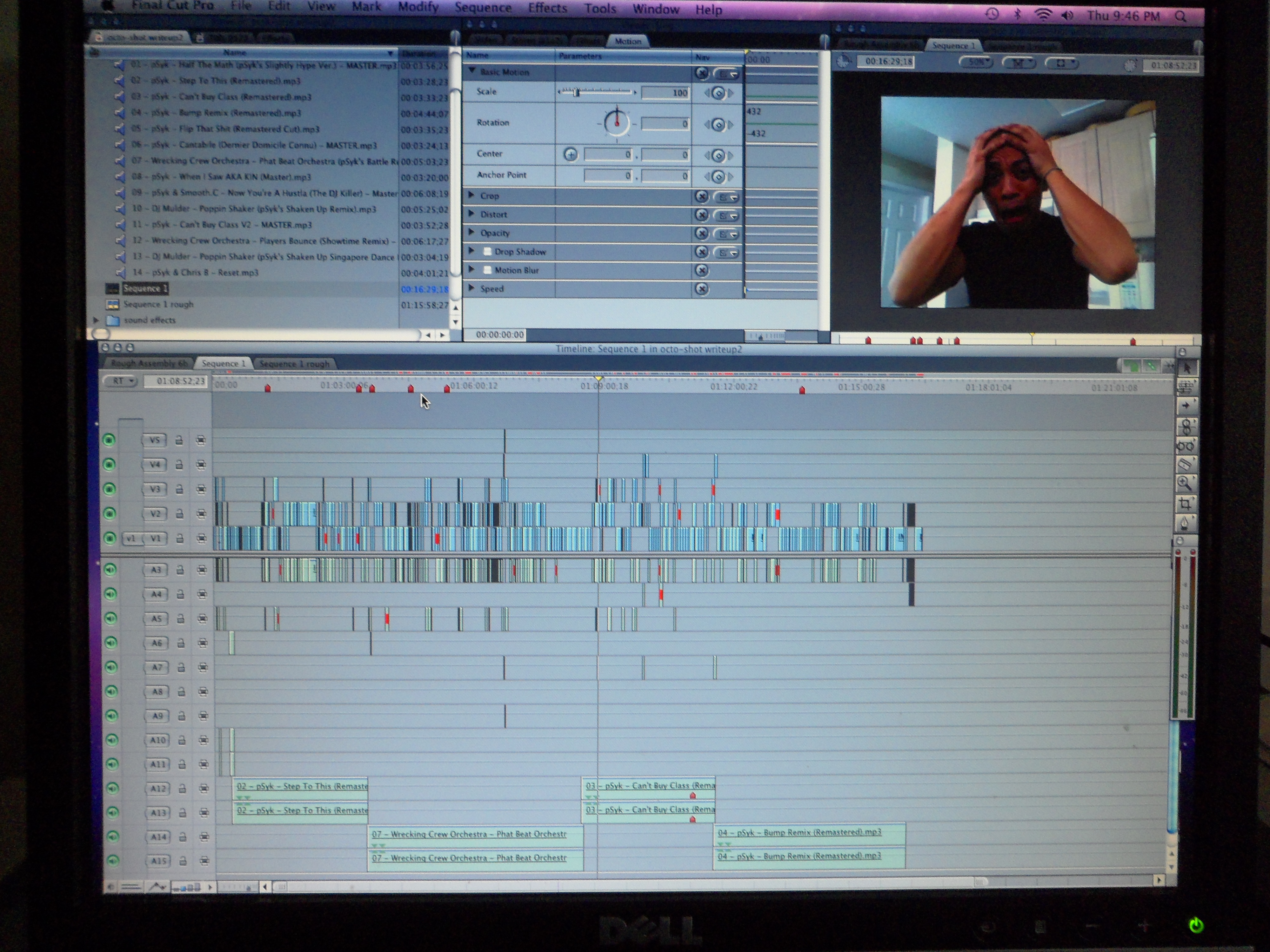 Now that you know what my set up looks like, check out the photo below and compare it to the one at the top. When you can't actually see the lights, Doesn't it look like day? 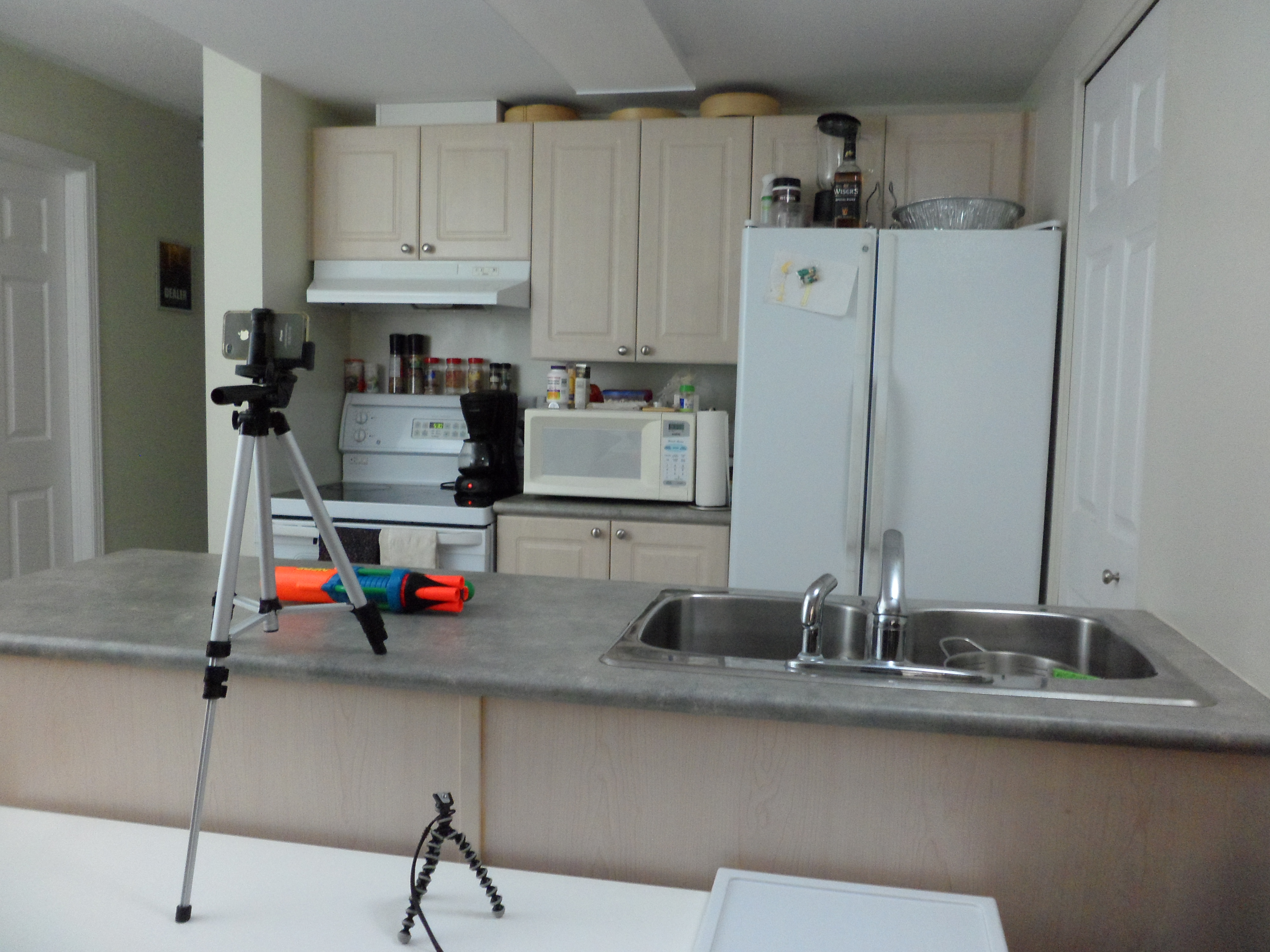 There's a saying amongst masters of their craft, "Only a fool blames their paintbrush. It's the artist not the paintbrush." - The first thing I was taught in Art school and Film School. It's so true.
boosted6

I'm speechless, so much effort has gone into your videos, and its all taken for granted.

Thats a really good insight for everyone wanting to make a good quality video at home. Gave me some good ideas, thanks MIG.
Unknown

I saw this when you posted it on NH and I must say, it is amazing how much work you put into this.

You can really see how your extra effort has made your videos stand out from the crowd.

Think I'll stick to the mods, leave the filming up to you!!

Yeah this is an awesome setup. Looking forward to seeing more video's from you in the
NEAR future. lol
Luke

Awesome! I'm a media student and we're learning all about this stuff. You are PRO!
littlebro05

I'm too poor to afford such editing software. I've used it for about 2 years before I stop. It's pretty much a gg'd memory for me now ;(.
redcricket077

I don't even have a mac for such editing software. For us PC users, it's Corel Video and Sony Vegas
Sponsored content