Received my EAB from andtheherois a couple of days ago. He'd already made it clip-fed, but something must have happened in transit from the States to here, and when it arrived the breech was non-functioning.

So, this is more of a replacement mod, than something from scratch.


I won't go in to too much detail, as these aren't exactly a common blaster. Though well worth purchasing if you ever get the opportunity imo.

Mark out where you want the clip to sit in the shell. Cut out the clip well. You'll need enough room for the clip to locate on the breech, with the front handle opened all the way down. 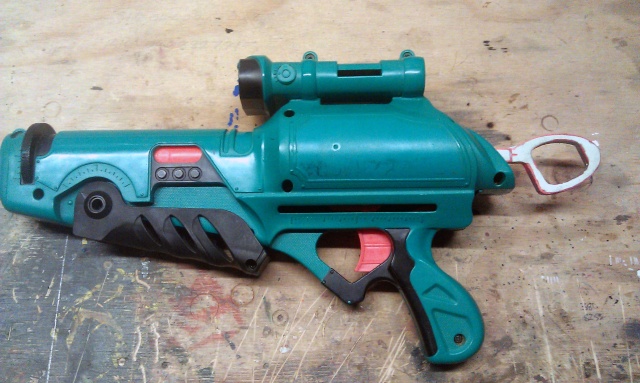 Open up the blaster. Align the clip with the orange barrel, mark it out, and cut another clip well. 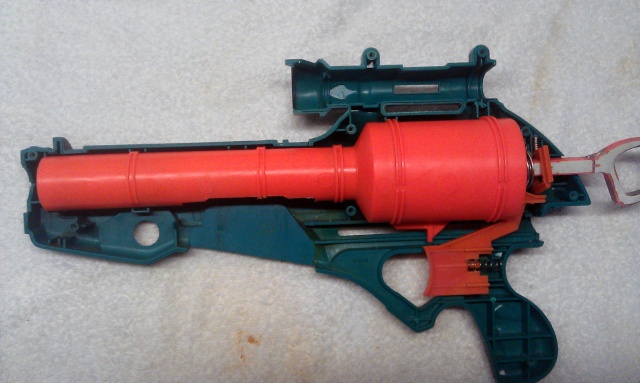 The priming handle is fairly flimsy, especially when dealing with upgraded springs. Use e-putty to reinforce the bar and handle. I'm still rather doubtful if this will last the test of time, but fabricating a replacement bar/handle from mild steel will be a fairly simple task. 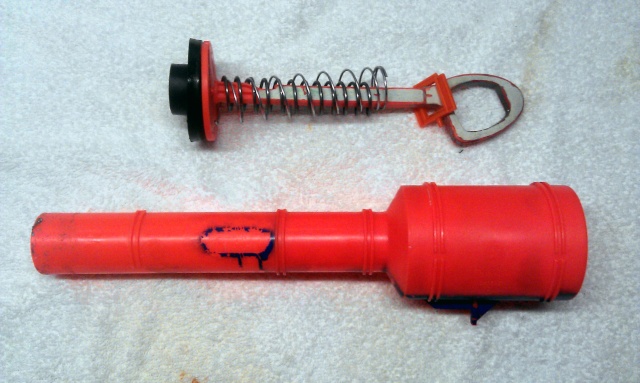 Cut your breech from 19/32" brass, and a barrel from 9/16". A piece of conduit glued to the barrel will make it easier to slide the breech open. Because the ID of the barrel is quite large, I've used 25mm conduit, e-tape and insertion rubber to nest it. You'll also want to cut a 1cm piece of 1/2" brass, and glue this in to the plunger end of the breech to serve as a dart-stop. 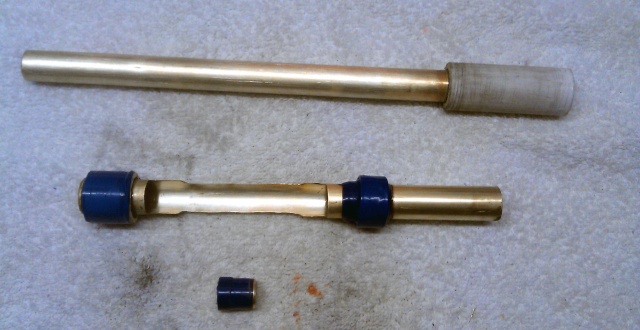 Breech assembled. Nest it in to the barrel, and use hot glue to secure it at both ends. Not the easiest of tasks at the plunger end, but it is possible to accomplish without making too much of a mess.

The plunger head seal is quite poor. The EAB came with a custom-made plunger head, but it wasn't my style. So, I've combined the rubber sheeting from the custom plunger head, with the stock plunger head. The seal seems quite good. A cut-down K26 spring is what I've used for the spring upgrade. Obviously, the catch spring will also need upgrading to deal with the increased load. 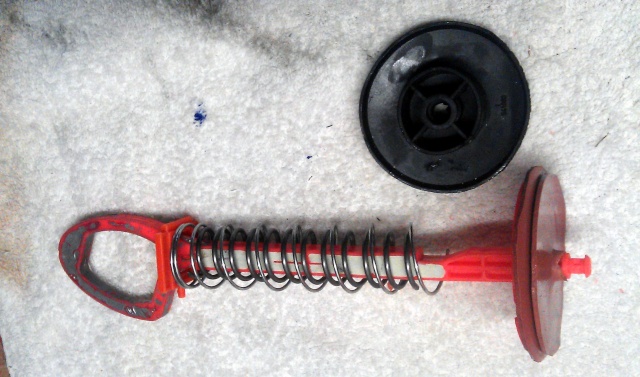 A thin sheet of alu to reinforce the spring rest. 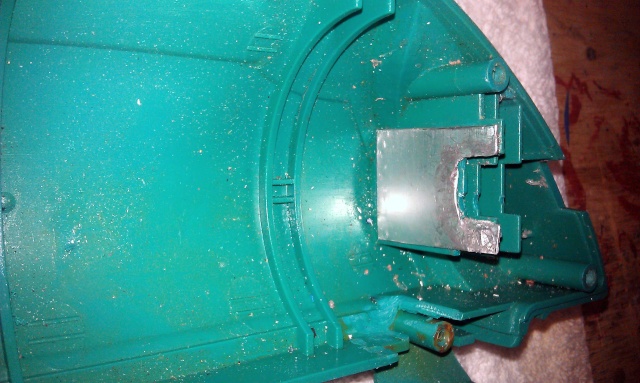 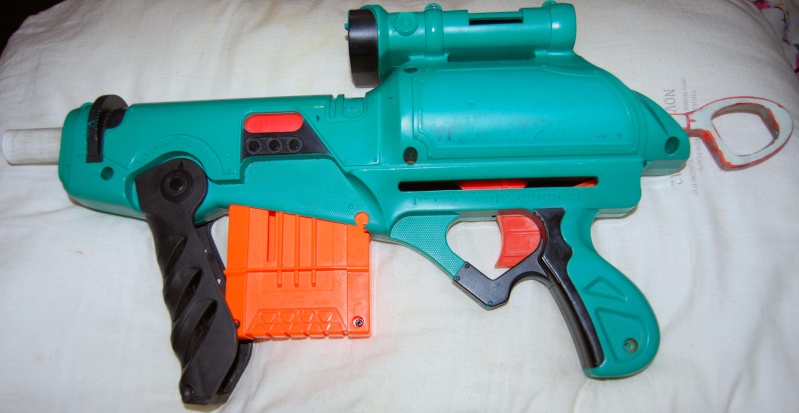 Apart from the priming handle feeling a little flimsy, this is a really comfortable blaster to use. I'm sure that with some more work to the plunger head, this would be a really handy blaster.

Current ranges are approximately 85 - 90 feet flat, using blue foam stinger's.
It will pierce styrofoam, but not cardboard, so velocity is fairly average.

Will this fit any drums?
Great work as usual Clunk
-James
Unknown

How big is that plunger tube? In the pictures it looks tiny but to get 90ft ranges it must be fairly big.
melbnerf619

Unknown wrote:How big is that plunger tube? In the pictures it looks tiny but to get 90ft ranges it must be fairly big.

I think it's just really wide. I mean look at the massive plunger head.

Ahh, so thats an Expand a Blast.

The plunges tube isn't very long, but it's quite a large diameter. I'll try to remember to measure it When I finish work.

And the finished product, finally. With a bit of tweaking, it's consistently hitting 95ft flat average. 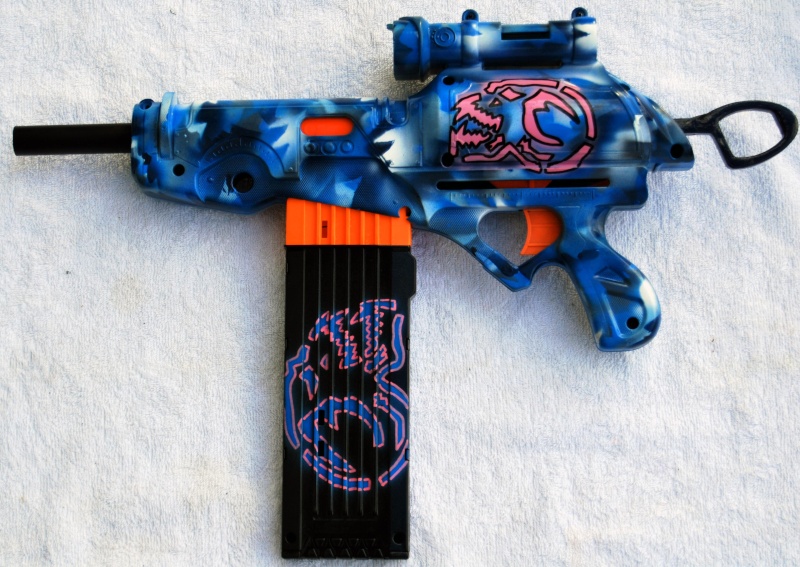 OMG! That is so awsome!
I love your work that you do.
Nice job!
Sponsored content