I would like to start this thread to increase awareness of the different parts of blasters that can break from intense use, bad modding or just insanely powerful springs.

Hopefully this can help new modders (such as myself) to take better precautions when undertaking modifications. 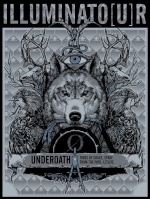 Dry firing after completing a mod.
if modded heavily dry firing will severely decrease the lifespan of your blaster.
Recons without plunger tube reinforcement or padding suffer terribly from this issue and can blow the back of the P.T out
Jeo

TLDR\ Practically any mods you do will shorten the life of the blaster. That's literally all there is to it.

1: Don’t leave blasters primed for an extended period of time.

Seems fairly self explanatory when you think about it, but don’t leave your blasters primed. All it will achieve it placing unneeded stress on the internals which will cause them to break/wear out faster. Leaving sprung blasters primed will also cost you range as the spring becomes used to the primed position as it’s natural state. An important point with this however is to take notice of the words ‘extended period of time’. By this I mean check your blasters before you go home at the end of a day, or even between games. Don’t worry about leaving it primed in game, the added benefit of being able to fire immediately is very useful. I’m sure some of you are giggling at this last point but I’ve genuinely seen players prime their blasters immediately before firing because someone told them it was bad to leave them primed.

Dry firing is where you prime and discharge the blaster without a dart in the barrel. This is particularly important with reverse plunger based blasters (Recon, Raider, Longstrike, Alpha Trooper, etc) but still applies to direct plunger based blasters. Dry firing places unnecessary strain on the internals. When you normally fire a sprung blaster, the air travels forward, hits the dart, begins to push it forward, but will still have some air remaining in the plunger tube to cushion the impact. With no dart, the air rushes out the barrel and gets no cushioning effect, smashing hard plastic together as hard as it possibly can.

3: Don’t leave darts in clips for an extended period of time.

I’m sure this has probably happened to most of you at some point as the darts are fairly noticeable. When you leave clips loaded for an extended period of time, the darts will become misshapen. The dart that was on top will end up with two indentations in line with the top of the clip, the ones underneath will become oval in shape. Both of these concerns will affect the seal between the dart and the chamber, and the inflight performance too. All in all, bad for your darts.

This is more relevant in warmer climates but still applicable to the cooler areas. The variances in temperature cause unnecessary stress on the plastics and can lead to premature failure.

5: Generally be nice to your blasters.

Try not to drop, throw, bang, etc. Should really go without saying but play nicely.
clem0x

1. Never leave your blaster in the primed position - this will cause your spring to lose effectiveness, also causes stress on the plastics holding the compressed spring.

2. Always try to pad a plunger head when you upgrade the spring on a blaster - oznerfnerd supplies custom foam adhesive padding for reverse plungers and longshot direct plungers.