THE ALL NEW SNAPFIRE 8 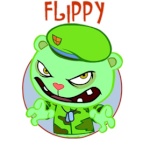 mhmh It just looks like a smaller version of the speed swarm.
Eclipse

Wow... So you can increase the tension level for better performance? Ok, why wouldn't I just glue it to the best position? Anyway, does this prime on the trigger pull, so it'd be semi auto with no flywheels or batteries?
abowden

I hope against hope it has potential, it would be nice if it had a bladder, and a 3k style tank.
TryHardGamer47

I reckon performance would be just like a firefly.
Eclipse

I made a post about it HERE . Check it out.

Eclipse wrote:I made a post about it HERE . Check it out.

NICE! getting anything before UT is pretty damn hard!
Eclipse

The more I think about this blaster, the more I think it's going to be terrible. the only way this thing will prove to be anything more than a novelty, is if it has a precharged gas chamber. You don't get energy for free, think about how much effort is required to prime a resprung maverick, then times that force required by 3 (because the stroke of the trigger is probably 3 times shorter than the stroke of the cocking slide on a mav) and imagine having to squeeze the trigger that hard! It's just gonna be rediculess, and if it doesn't have the potential to shoot as far as a modded mav, what's the point?
Dietzie

Trying to bring organized wars to the Fraser Coast

Once again Nerf finding their ideas from generics already on the market. This idea is 3-4 years old now. It's not capable of firing very far either. I'd be surprised if it can surpass 30ft.
abowden

yeah, it's certainly not new, but it does include something to adjust your power. might buy one, and never ever unbox or use it.
inf0rm3r

I can't see this working, purely because of the size of the spring power in the generic model available, anymore spring power and you won't be able to pull the trigger. Even with these springs that one only fired at 20FT at most.
Sponsored content