Hey this is just a review on the well orginized and awesomely fun nerf war that was on the 9th of April.
We played humans vs Zombies for a majority of the day and then went into team slayer.
It was extremely fun and we had about 25 people turn up.
I special thanks goes out to Michael for being the responsible one and keeping us out of a fight with a bikey gang lol (if you were there you would know what were talking about)

Sounds like it was awesome fun.... Sorry I couldn't be there though because I got sick the day before with a cold or something shit like that
Pois0n 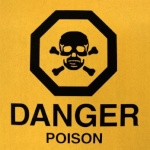 Haha, the bikey gang. I wanted to kick there heads in, but thanks to Michael I didn't. Awesome day, I recommend anyone from Melbourne to come down to the next one.

AWWWWWW ITS TO LONG!!
Either make it 2 parts or shorten it to like 9 minutes 50.
I really wanna see it man.
RedNerf14

yer it was a really good day

I reckon you need some cover, it seems that you're playing just an all out nerf war (unless that was intended), I found out that you can buy 2m by 3m painting sheets (for when you're painting your house and what not) for like a dollar each... spend like a few bucks on PVC and tape onto two pipes. Then roll up the sheets and you'll have a very cheap portable wall for Nerf,

What's wrong with reviewing a war? It just shows nerf is growing.
nerffirefight24

We were playing in a MASSIVE park and most of that footage is just of the open parts of the park. And i think reviewing wars is good because if someone is interested in coming to the next one they can see what its like.
Hamish

I agree with Biggles but this did look like an awesome war. Yes, I do think you should have had more cover.

One question how did you get so many people to attend? Did people just bring along their friends?

As i said we did have heaps of cover and heaps of open space and we used a bit of both.
And we got a lot of people because in Melbourne he have a lot of Nerfer's and when we got the word out on facebook they swarmed in. XD
Pois0n

Some people brought friends, some people just found it on facebook. And yes, we have a lot of nerfers.
splosionman

I personaly think that if you put it on facebook you get noobs, no offence. Prove me wrong.

Things that I didn't think were so great. Correct me if I'm wrong.

1. You brought Mavericks to a nerf war, only Tidge is allowed to do that, as his Maverick shoots 100ft. And well, it's Tidge, the man does parkour.

2. You brought Mavericks to a nerf war.

3. Bringing a Maverick is 1 Hubbard(The "Hubbard" is the SI unit of measurement for the amount of fail). Using two Mavericks at the same time is at least 3 Hubbards unless you're Goro as you have no free hand to prime the gun after firing either one.

4. You brought Vulcans to a nerf war.

5. All the above weapons were stock.

7. What's the deal with everyone wearing backpacks? Are you all Europeans who stay in hostels?

8. You needed more banDOUGHliers. It's not a nerf war with Nerffirefight24 unless you have them.

9. Why are people picking up ammo straight away during combat? Wtf is this? Nerf paid for by centrelink?

10. Needs way more cover. I hear forts are good. While I was looking around, I noticed another playground which is called St.Kilda playground in your state which ALSO has a fort like ours. You might want to check that one out, or something like it. There's no facetiousness there.

11. The lip sync is either off or you guys are speaking Cantonese and you're the stars of a bad Hong Kong movie.

1. You had girls in your nerf war.

Hahah i know you were pretty much bagging all of our war but i laughed a bit haha,
Anyway we had pack backs because he were spread out over a massive park and had supplies like food and drink in them(well i didn't i had a banDOUGHlier lol)
Any way most people brought mavericks cos they are cheap guns with good rof but i myself had a a kick as longshot then changed to a raider because it has the best rof.
Oh and most guns were modded just not painted.
Biggles

Yes, you do have a lot of nerfers But... You don't have many *raising and lowering eyebrows* Nerfers. A.K.A Tidge or AJ.

Hey I have a question to ask you two. How does Tidge's ass taste? It seems your kissing it 90% of the time. It seems you had a great war. Lots of people aswell. Who cares if there not as experienced as others they had a great time.
KingCam

Hey I have a question to ask you two. How does Tidge's ass taste? It seems your kissing it 90% of the time. It seems you had a great war. Lots of people aswell. Who cares if there not as experienced as others they had a great time.

By I sent you a pm
Roger Explosion

Must you childern bicker.