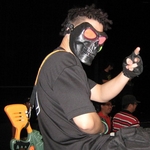 Since the 2011 Super Soakers have been released in Singapore a couple of days ago,
I decided to post this tutorial up.

Basically I've put a Mega Missile (Gen 1 - Thanks, Phuonguyen) tank, attached an Airtech 2000 pump, and put everything into the shell of a Super Soaker Tornado Strike,
simply because the Tornado Strike looks AWESOME.

So here's a video tutorial, instead of the usual writeup. Hope you guys like it

Once again you have done a great job there my friend. The internal RSCB is a work of art. and yes the Tornado Strike looks freaking pimp.

Keep up the good work Psyk, I look forward to your next adventures in the world of modding.

Nice mod. Yay for shout out. Glad I could help.
psyk

gooni, thank you
I don't know what's going to be next, but something will come along for sure

Hamish, thank you too!

Anyways, here's an update on the material info, I stand corrected on some of the measurements,
and would like to credit one of the users on the NerfSG forums, ExpiredYoghurt for this.

Sorry for the wrong info in the video. I've updated the video with an annotation of these measurements.

Also, I feel that there is a need to explain why I swapped pump tubes / pumps.
The stock Tornado Strike pump is well... I don't know the exact correct term or name for it, but it's sort of like a "2-way vacuum" pump...

Pulling the pump out causes the system to suck water from the water clip into the "reservoir" (because it doesn't have a tank), and pushing the pump in squeezes the water directly out of the nozzles.

This means that if I were to attach an air tank and I had kept the TS stock pump + tube, all I would be doing is just pushing and pulling air into and back out of the tank.

Also, in stock form, pushing the pump in would make the barrel rotate, and this is done by a gear system, which, translates to more torque / resistance and more sound when pumping, so I did away with it completely.
Sponsored content